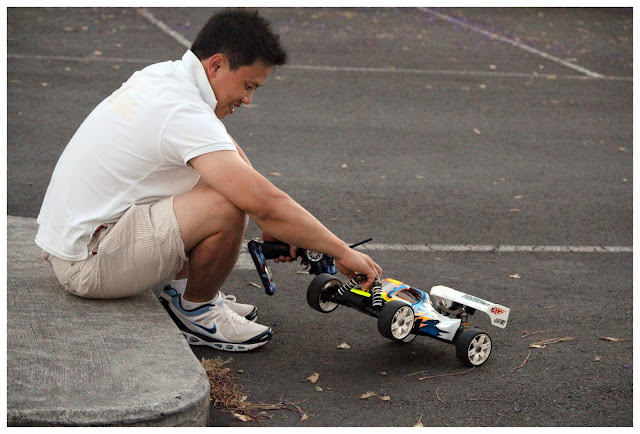 The things we do for our kids.
For Tommy it's remote control cars. The father of three was out late this afternoon after the vehicles had cleared from an office car park racing a very speedy remote control car.
He proudly told me the car was one of a number he had for the kids, one capable of more than 200 kilometres an hour over short distances.
Tommy and the kids like the empty car park. He says he often brings them down there to ride their scooters, skateboards and bikes.
It gets them all out and away from computers and the TV, he reasoned. I know this is true because I've seen them all there before.
But I couldn't help but notice that something was missing this afternoon - the kids.
It looked suspiciously like just Tommy and the toy. It's all right Tommy, I won't tell if you don't.
Growing older is mandatory. Growing up, not so much.
And as a big boy's toy goes, a remote control car capable of travelling more than 200 kilometres an hour is right in the ball park.
Posted by Susan Hetherington at 11:03 PM