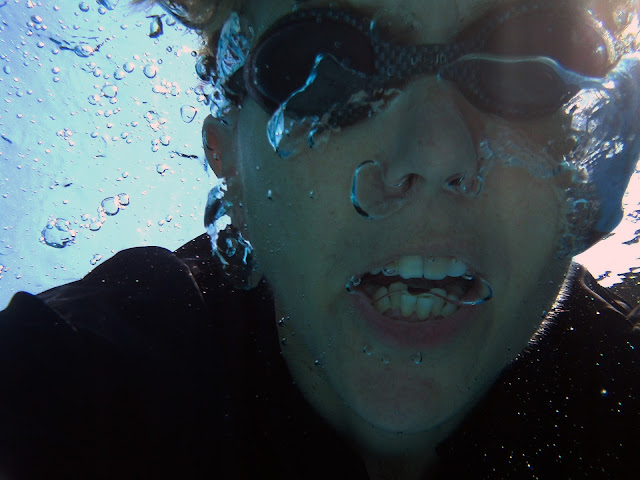 In these days of social media many people (and yes I know I am one) can barely blow their nose without telling the world about it on one social networking site or other.
And with camera phones in every pocket it is almost as if it didn't happen unless there is a photo of it on Facebook, Twitter or Instagram.
Despite this and despite the fact that I have taken more than 60,000 photos this year there are really not that many photos of me out there (and that's definitely a deliberate choice). I am the one in the family who takes the photos and thus I appear in very few.
Selfies may be a current obsession but it is one trend I generally avoid.
Today I chose to make an exception because it was too darn hot to venture much beyond the swimming pool.
So this is what you get, me proving:
1) I can talk under water
2) It is a good thing there aren't that many photos of me out there
3) Selfies suck
So there you have it. Status update: Susan blew her nose. Under water. She's cooler than you are if you are anywhere away from water or airconditioning in Brisbane today.

Posted by Susan Hetherington at 2:40 PM