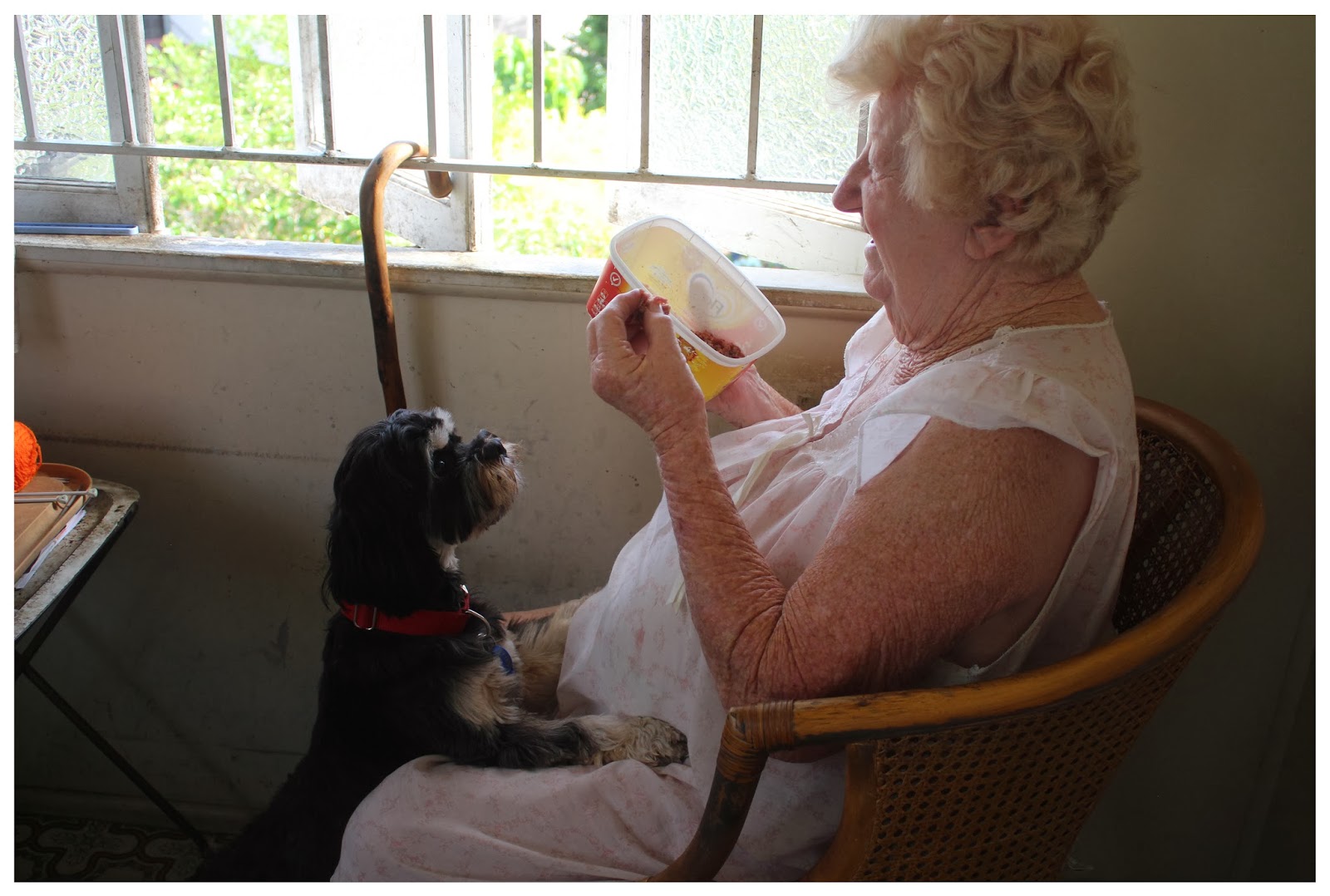 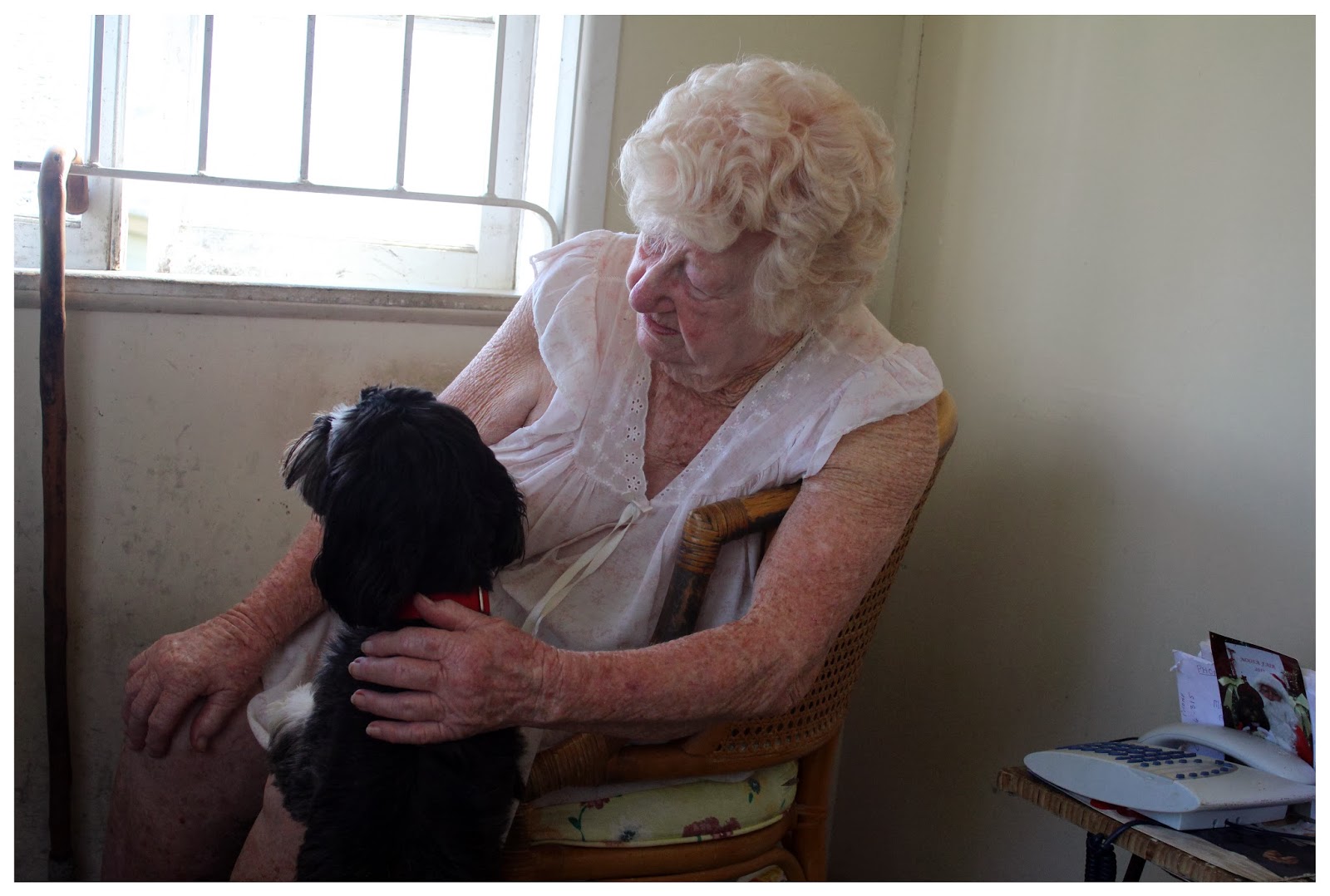 It's been said that dogs have masters and cats have servants.
If that's true, the fur friend in my house must be feline not canine.
Like Captain Von Trapp in The Sound of Music who uses a whistle to command his children, Rumple has a large number of non verbal signals to make his intentions known.
Dropping a ball at your feet - it's time to play fetch
Bringing his lead - walkies time
Sitting on his bum and begging - I'll have some of whatever you're eating
Rolling on his back with legs in the air - tickle my tummy
Sitting in the middle of a pile of toilet paper - clean this up and we'll pretend it never happened
Hiding behind your leg when approached by a small dog - protect me
Jumping up on your leg when approached by a bigger dog - pick me up
Humping your leg - I think you get the idea.
He has a team of  servants ready to meet his requests (well most of them) and also recruits casual employees on a frequent basis.
As well as his domestic staff he has Margaret next door on a permanent retainer in a catering job.
Every time he visits Margaret - as he did this afternoon - she has a supply of treats on hand ready to meet @sir_rumple's needs.
Of course we are all servants not slaves so there is payment in return for services rendered - love, loyalty and licks. That's all the salary I need. *
*Note to QUT pay office. You still need to pay me in Australian $$$$.
Posted by Susan Hetherington at 6:52 PM