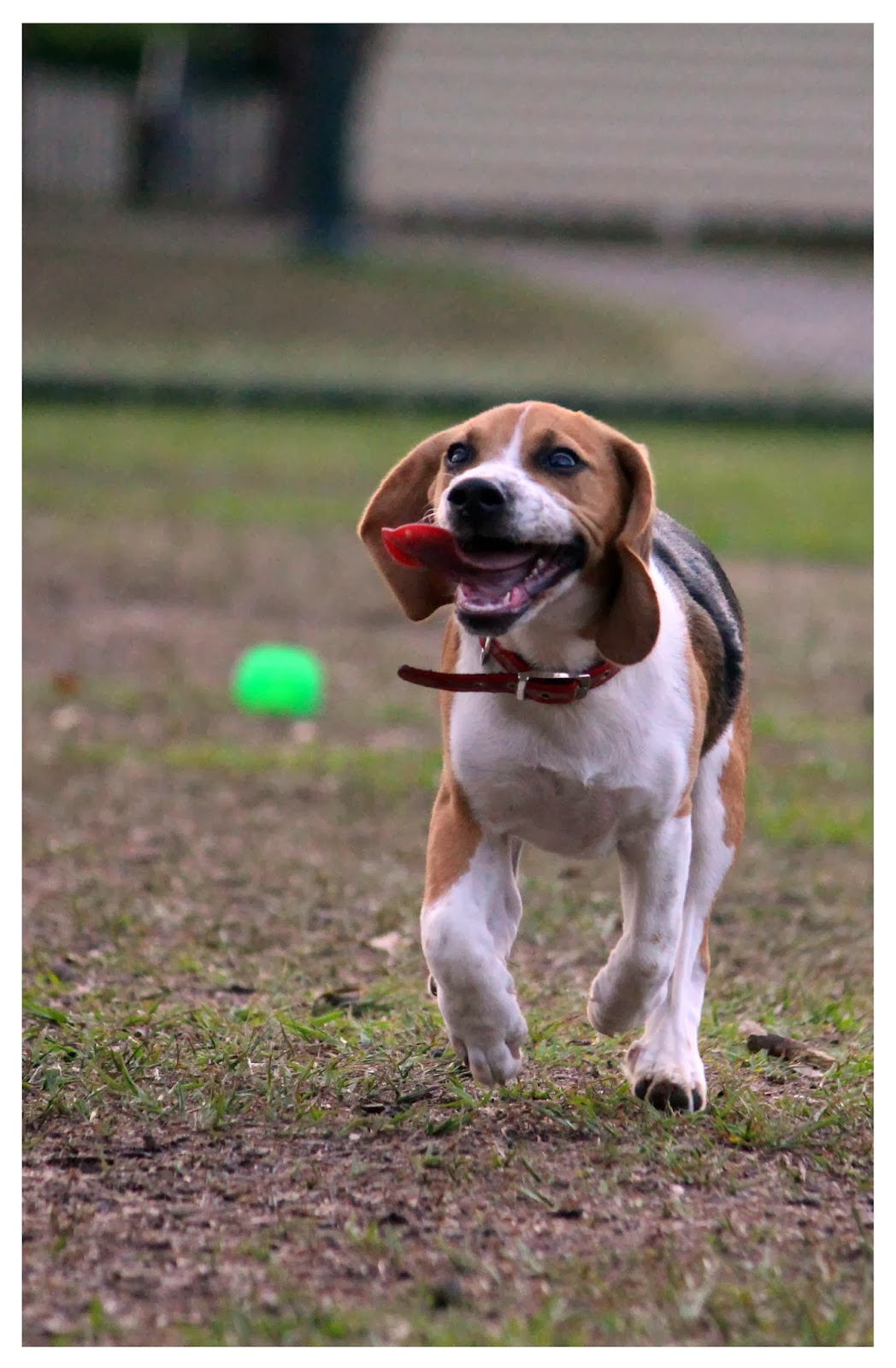 Back to work on Monday and therefore I have spent much of this week searching for holiday options later in the year. Holidays rock but a great deal of fun can be had just in the planning and the anticipation. A girl needs something to look forward to, right? (It' not that I don't look forward to marking. Okay, it totally is that).
That's the thing isn't it? Sometimes the happiness is as much in the journey as what happens at the destination. There's a real thrill in the chase which often matches if not surpasses that of actually closing the deal.
I was pondering that at the dog park this afternoon with Rumple, his "cousin" The Fed and the best friend they just met Archie.
Toss the ball and the three of them would take off  like elite athletes at the sound of the starter's gun and guess what happened when they actually reached the ball? Nothing. Absolutely nothing. They left it there for me to collect with a look of "well you're the one who threw it. Pick up after yourself".
Ball? What ball? In this as in so many other aspects of life, the thrill is in the chase.
Posted by Susan Hetherington at 11:35 PM