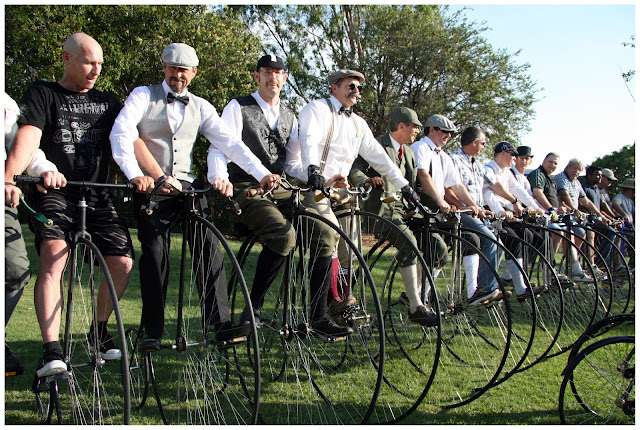 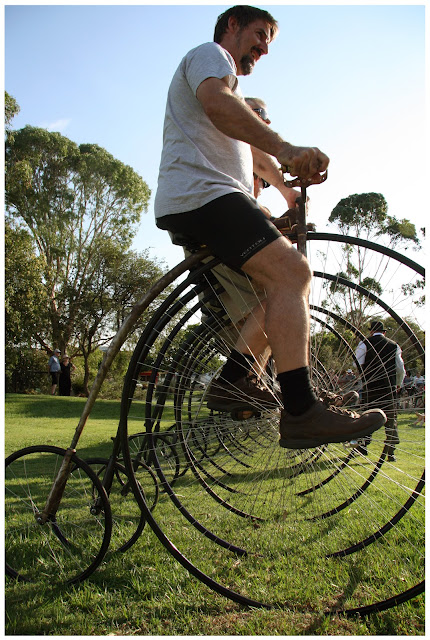 As a child I adored the Guinness Book of World Records.
I couldn't wait for a new addition to come out so I could find out what weird and wonderful ways people has managed to become best in the world at something obscure and bizarre. Young people, you have to remember that this was in a world before the Internet so the ways of achieving notoriety through lunacy were much more limited.
It was also in a world before fear of legal action stopped the record takers from accepting some of the more "interesting" record attempts.
So it was that millions of young people the world over would pour over the pages of the Guinness Book to see if there was an entry they could possibly aspire to beat.
As a result of my childhood interest in unusual records, my ears pricked when I heard that today in Brisbane an attempt would be made to break the record for the Penny Farthing Stack which is greatest number of penny farthing bicycles, freestanding and held together by hands only.
That would have required 69 bicycles all in a row. They managed only 32 so in terms of numbers it was an epic fail. In terms of a spectacle it was an outstanding success (although I bet I wasn't the only one that secretly hoped stack involved bikes falling like dominoes)

Posted by Susan Hetherington at 6:39 PM