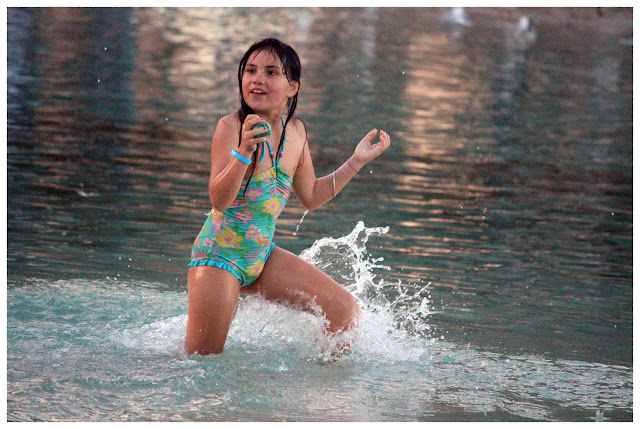 Sunday. The day of rest. Yeah right. Winter. The season of curling up in front of the fire reading a book. Yeah right.
Today the weather was stunning, too nice to be inside but unless you count hanging out the washing that's where it seemed I was destined to be.
Much of the day was spent either slaving over a hot computer or putting off slaving over a hot computer in an Olympic level gold medal display of procrastination.
Day 1. Semester 2 tomorrow and there's much still to be done in preparation but by late afternoon the need to escape became too much. In any event Rumple determined that it was time for a walk. There's no prizes for guessing who wears the pants in this relationship and it's the furry one who owns no pants.
So off to South Bank we walked where we found many, many families still splashing around in the water and playing on the sand.
A beautiful day it may have been but still it's July so there was no temptation to join them in the water.
Still fresh air and sunshine was enough to recharge the batteries before returning to the laptop. So much for a day of rest.
Posted by Susan Hetherington at 7:08 PM