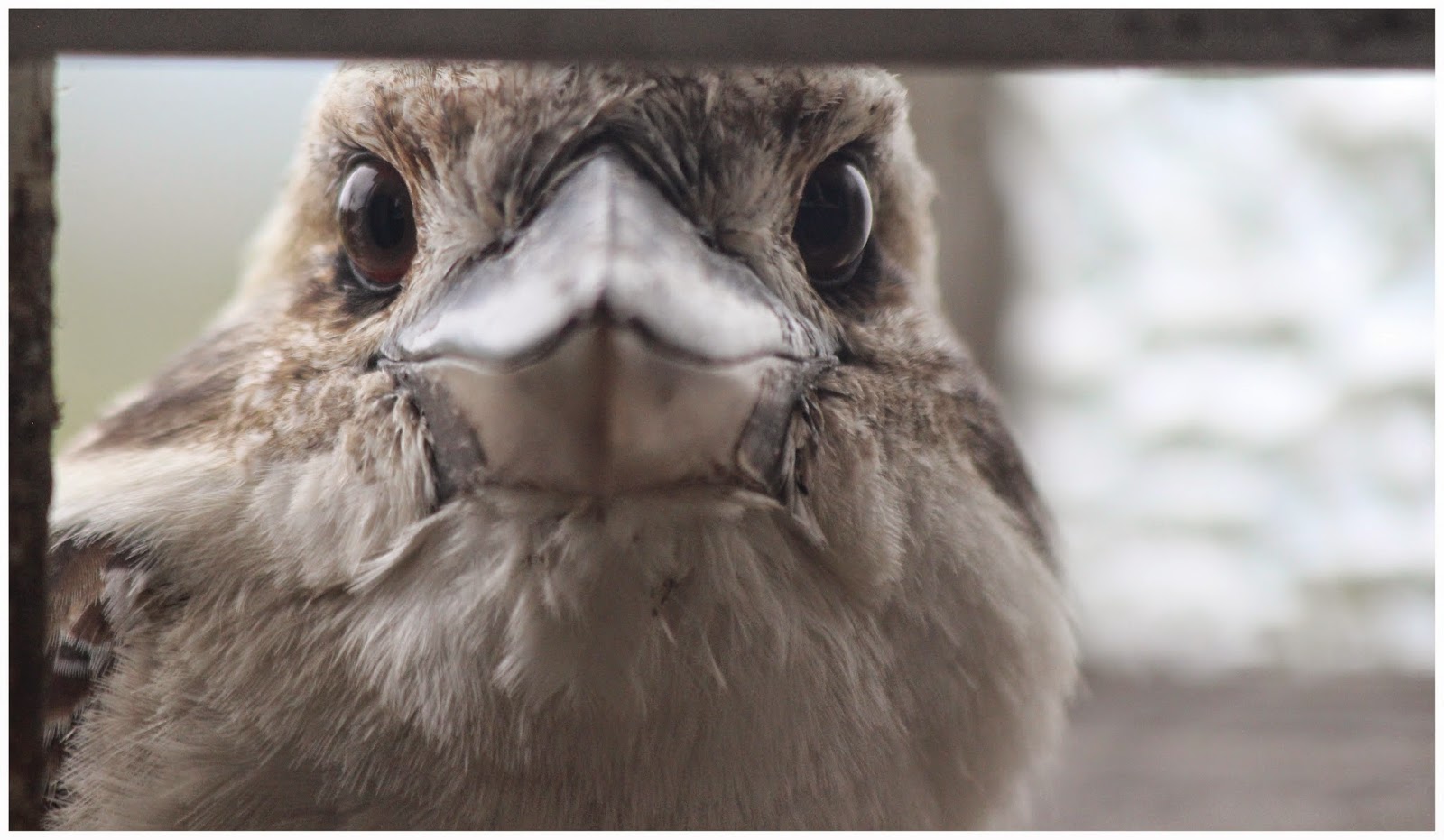 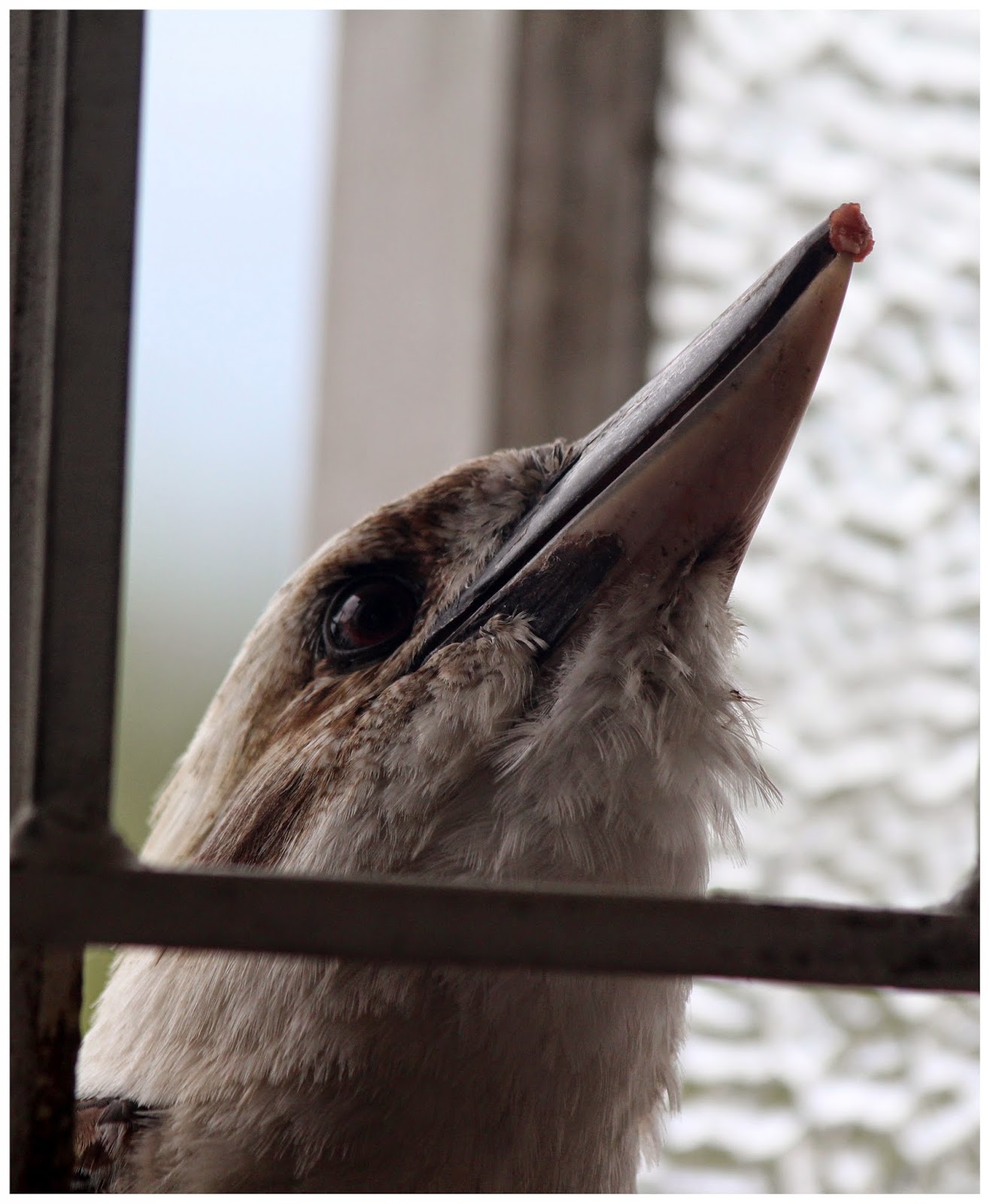 Risk versus reward. It should be a fairly simple equation. The greater the reward, the greater the risk you are prepared to take to get that reward. It's a matter of weighing up the pay off versus the consequences. But everyone has a unique threshold and tipping point. In the (most unlikely) event I was ever on Deal or No Deal the audience and producers would hate me because I would cave much too early. A $ in the hand is better than the possibility of two in that shiny suitcase being paraded around by an impossibly thin model wearing not very much. Still, I kind of get taking big risks when it is for something important such as a date with George Clooney or food (or better still a meal with George Clooney). Food. It has a powerful pulling power for all species. At one level it makes no sense at all to fly up to a window and stick your beak inside when a bird loving dog is sitting right there watching and ready to pounce. But the mince on the windowsill is a mighty motivator and thus throwing caution to the wind and sweeping in makes absolute sense. In any event dear old kookaburra seemed to be making it abundantly clear that he was never going to come off second best in a staring competition with with a canine. If looks could kill and even if they can't being able to take flight after the catch clearly significantly lowers the risk. Nice work feather friend. Nice work. 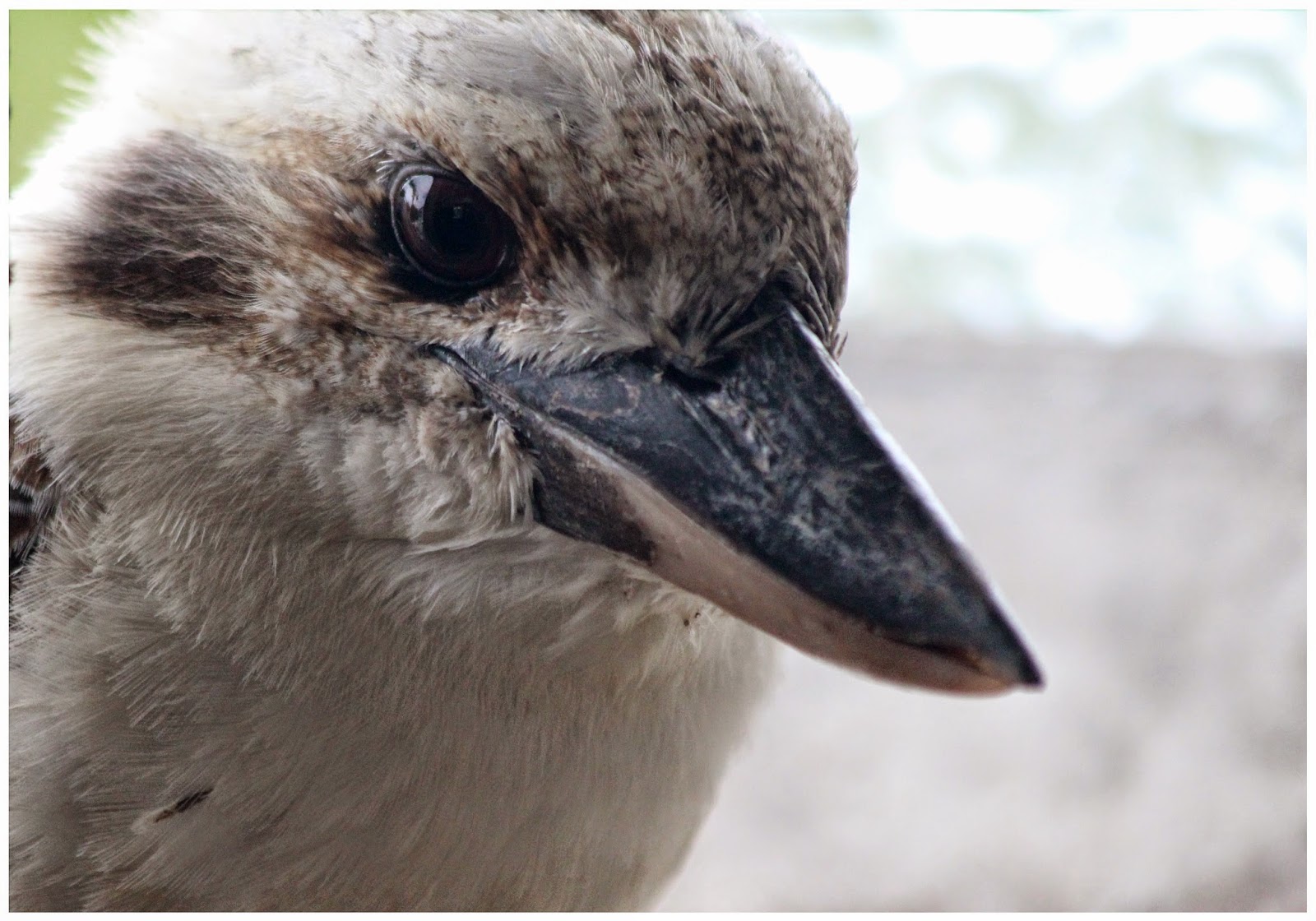 Posted by Susan Hetherington at 11:58 PM