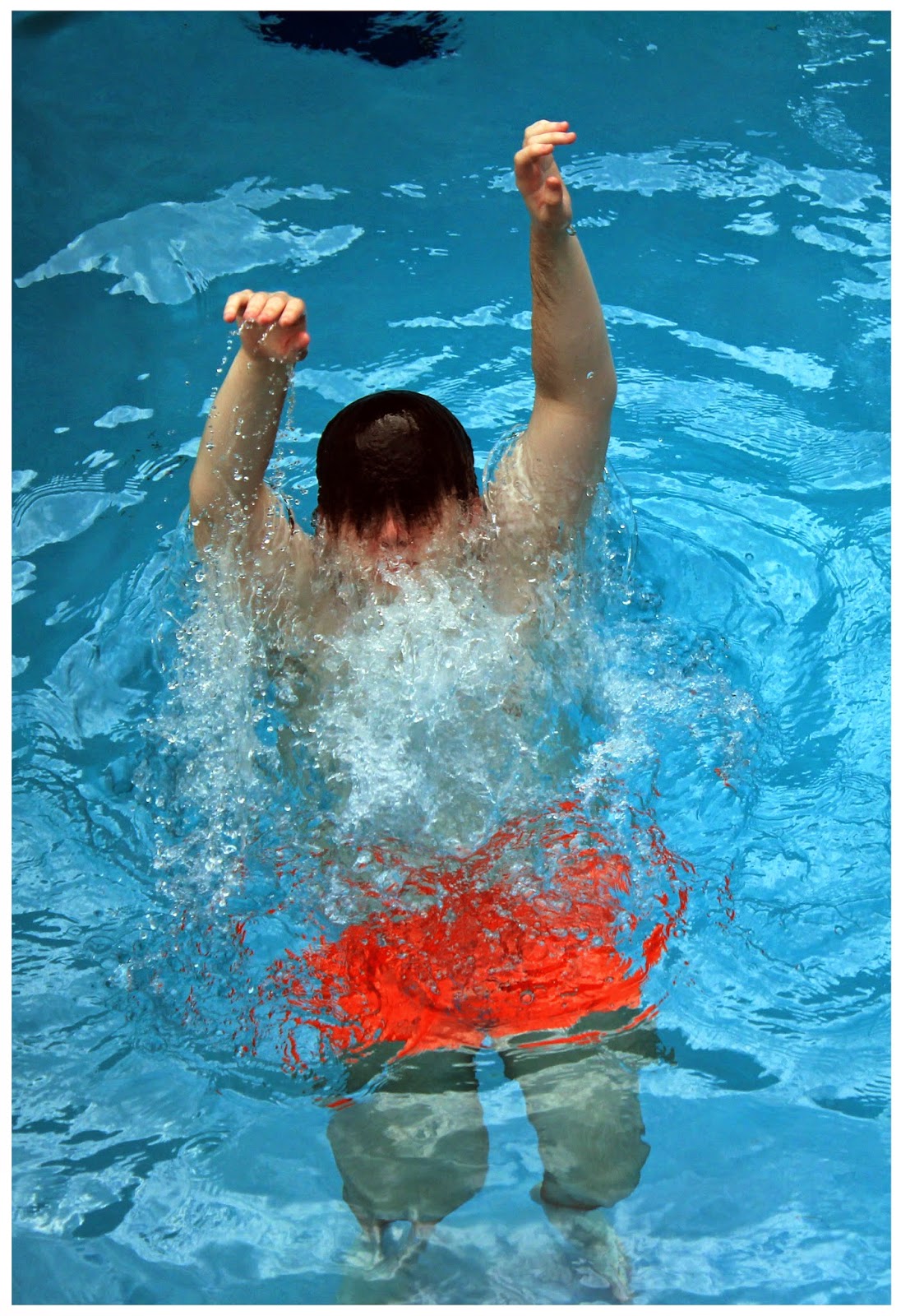 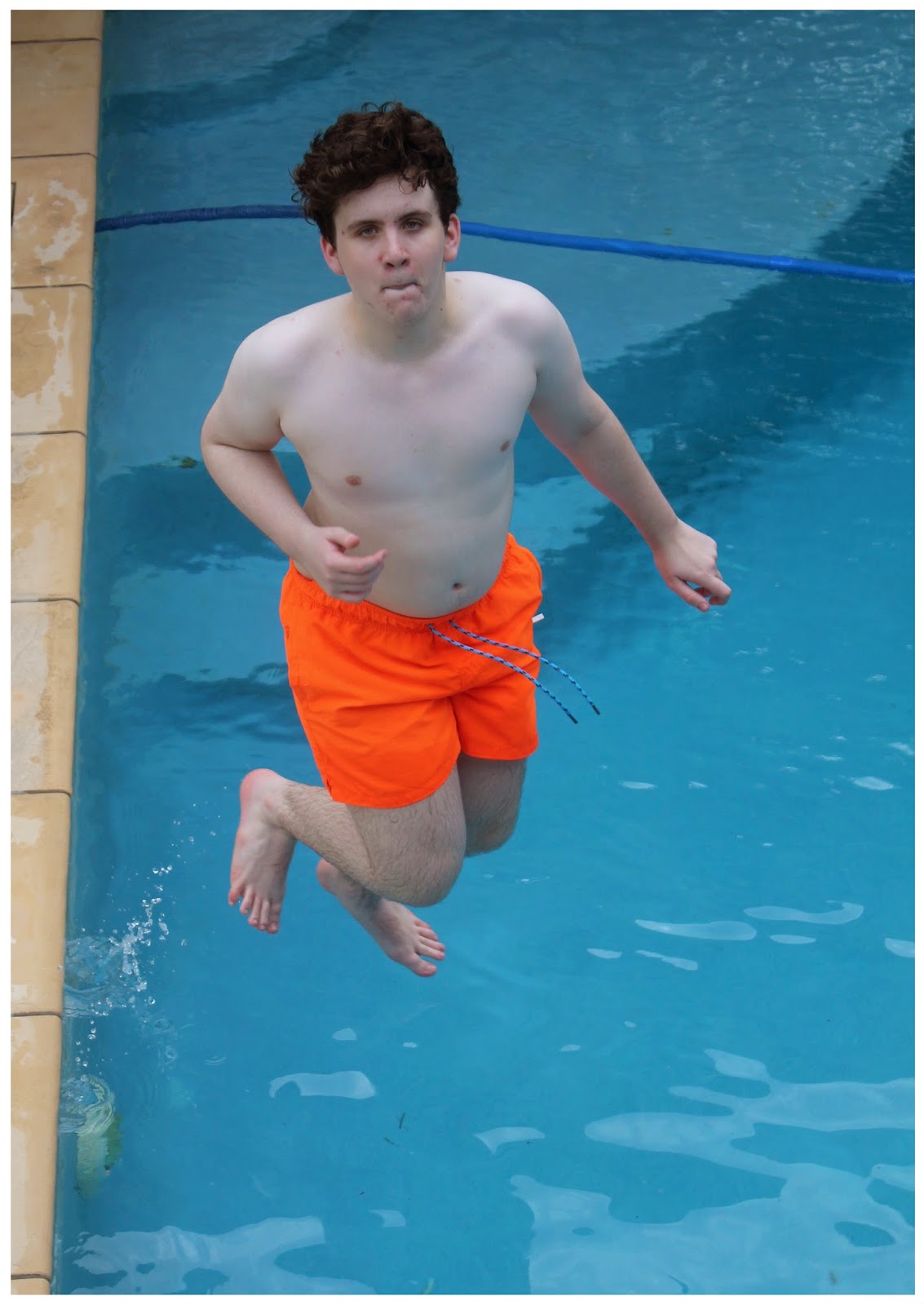 It's going to be a big year. Year 12. Brace yourself people (by people, here I mean me, oh and Drama Teen). Anyway Day 1 down and so far so good. Indeed you could say hot stuff. January/February is most unforgiving. Formal Year 12 uniform complete with long pants, long sleeved shirt and tie is not a combination that sits well with a Queensland summer and classrooms that may or may not be airconditioned. He looked so grown up and ready to take on the world when he stepped out the door this morning  (he said he thought he looked more like a Mormon missionary and sang me a number from Book of Mormon to prove a point but there is rarely a life moment that doesn't remind him of some musical or other). This afternoon he looked like a much more wilted version of that missionary. The smart new uniform was off before you could say "ink pink, I stink" and he was in the pool. Never too grown up to strip off and jump in the pool.

Posted by Susan Hetherington at 10:51 PM