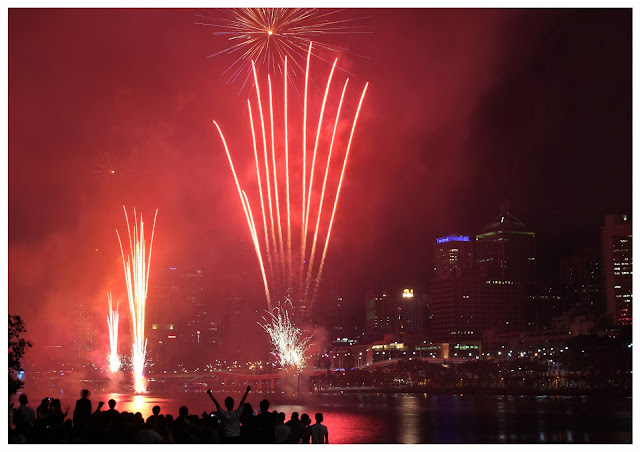 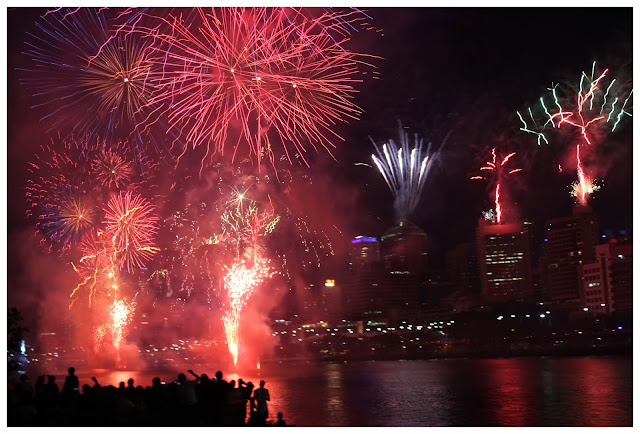 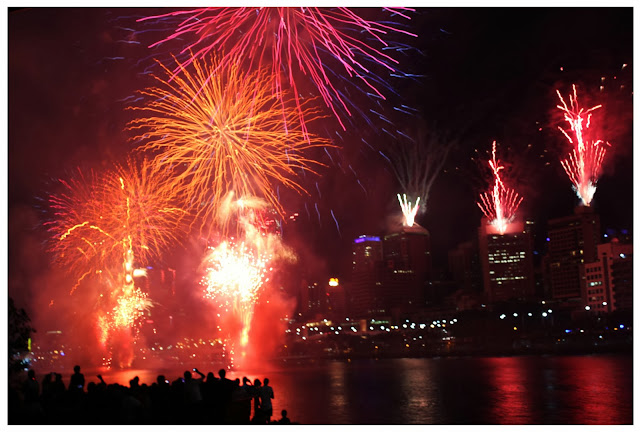 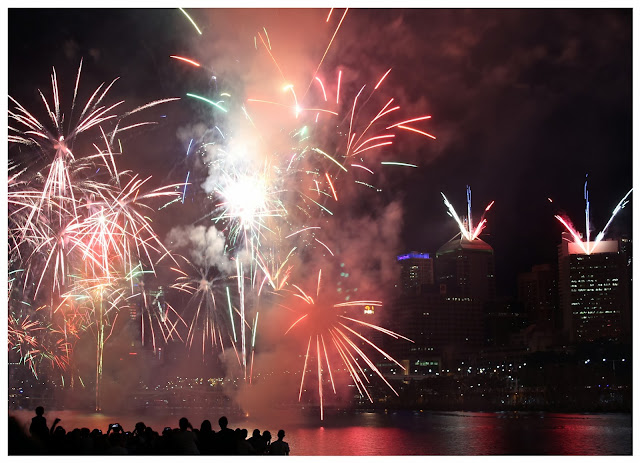 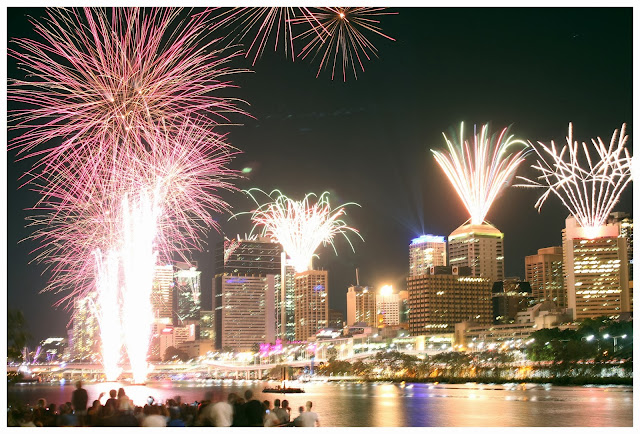 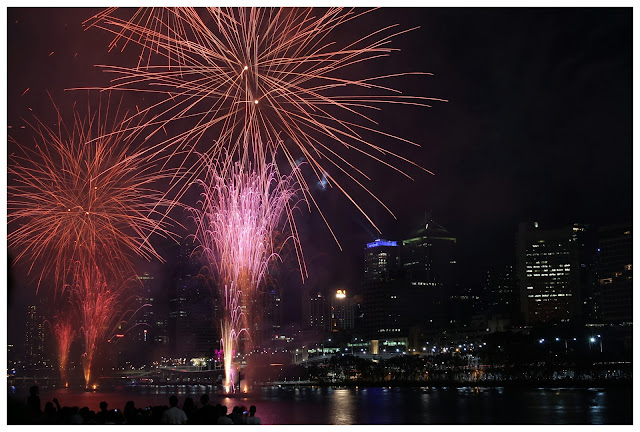 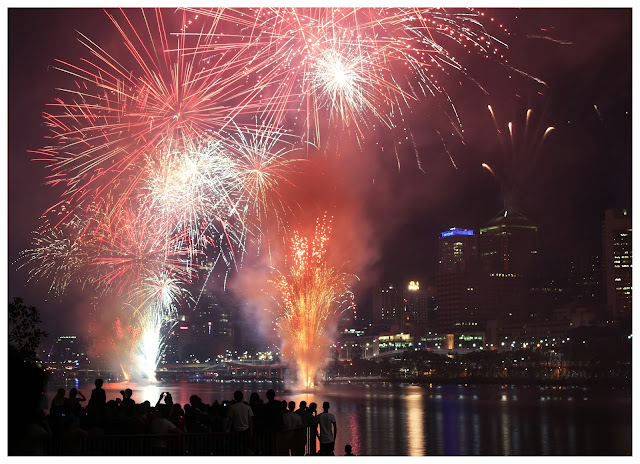 Because I am old, I can still remember when Brisbanites paid no attention to the river.
If people thought about it at all it was probably in one of three ways
1) As the dirty brown body of water that snaked through the city
2) As the thing that swamped the city during the 1974 floods or
3) As the divide between the Northside and Southside, a giant barrier that still defines what sort of Brisbane resident you are.
Not any more. Brisbane is now a river city and at this time of year more than any other were celebrate that.
It's Brisbane Festival time and tonight was the grand finale Riverfire, that annual celebration that brings about 100,000 people out to join in the fun.
Okay, it's probably incredibly environmentally irresponsible but I do love a fireworks display and living withing walking distance of South Bank it would have been quite wrong not to enjoy the display from the heart of the fun.
In honour of the occasion I tried out a new setting on the camera and my new remote shutter release. I can not claim to have perfected either but at least I gave it a go and the results are not all bad.
Posted by Susan Hetherington at 10:12 PM