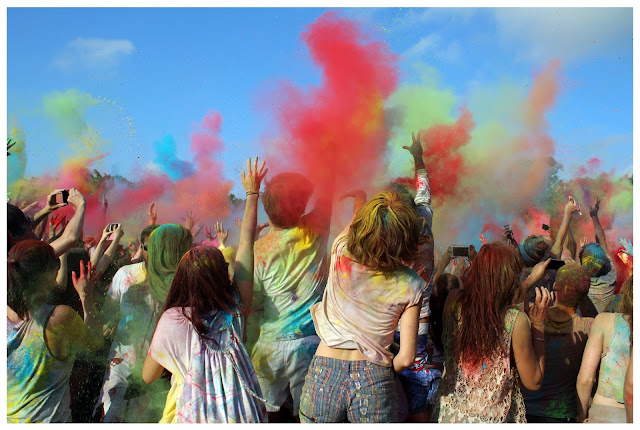 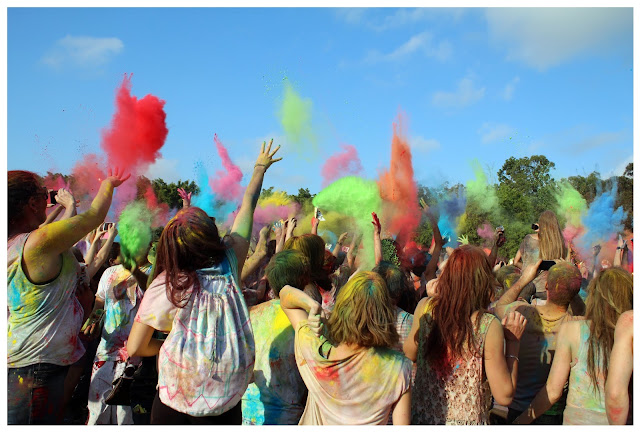 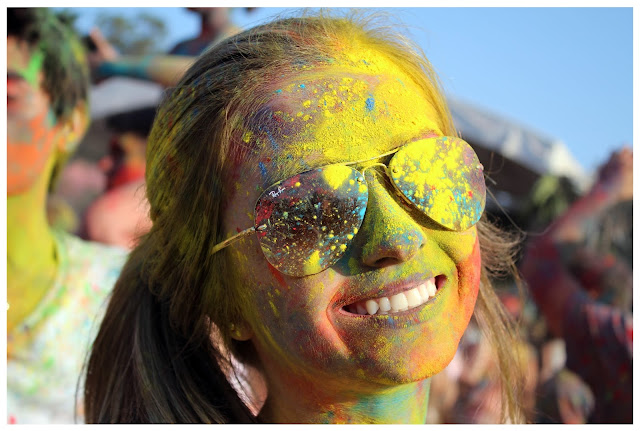 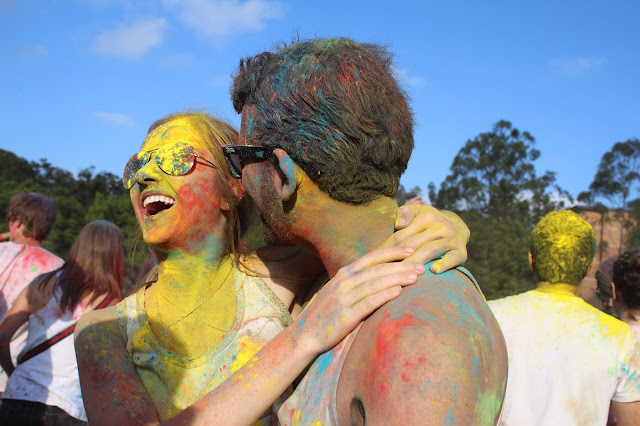 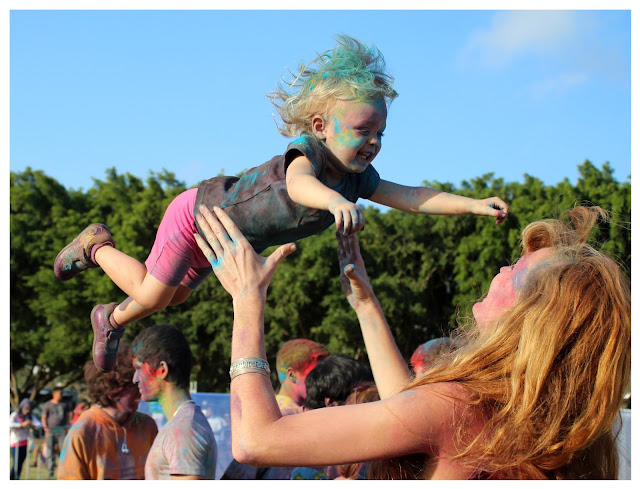 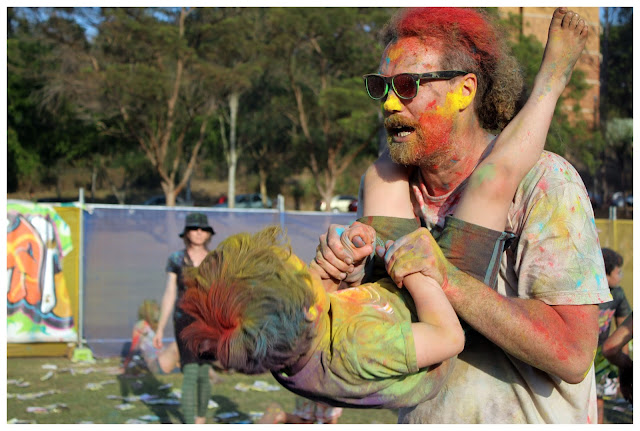 Fifty Shades of Grey was possibly the worst book I've ever read (Where read is defined as persevering through seven chapters before giving up in genuine horror that something so appalling written could make a best seller list). Christian Grey was a thoroughly unlikeable character in a trashy little tale. Besides I don't like grey. Grey is winter. Grey is depressing. Grey is, well, colourless.
Colour makes me happy and as such I found the concept of SpringFlare -a new event in the Brisbane calendar - totally irresistible. Apparently this is part of a world-wide movement but the event today near the University of Queensland was the first for this city. I'm doubting it will be the last.
The all-ages alcohol and drug free event featured music, multicultural food and in a celebration of spring the chance to throw packets of dye all over each other every half an hour, all day.
What's more it was free to get in. What's not to love about that? Apparently the dye will come out but I rather get the feeling that not too many people in the crowd cared about that.
Posted by Susan Hetherington at 7:11 PM