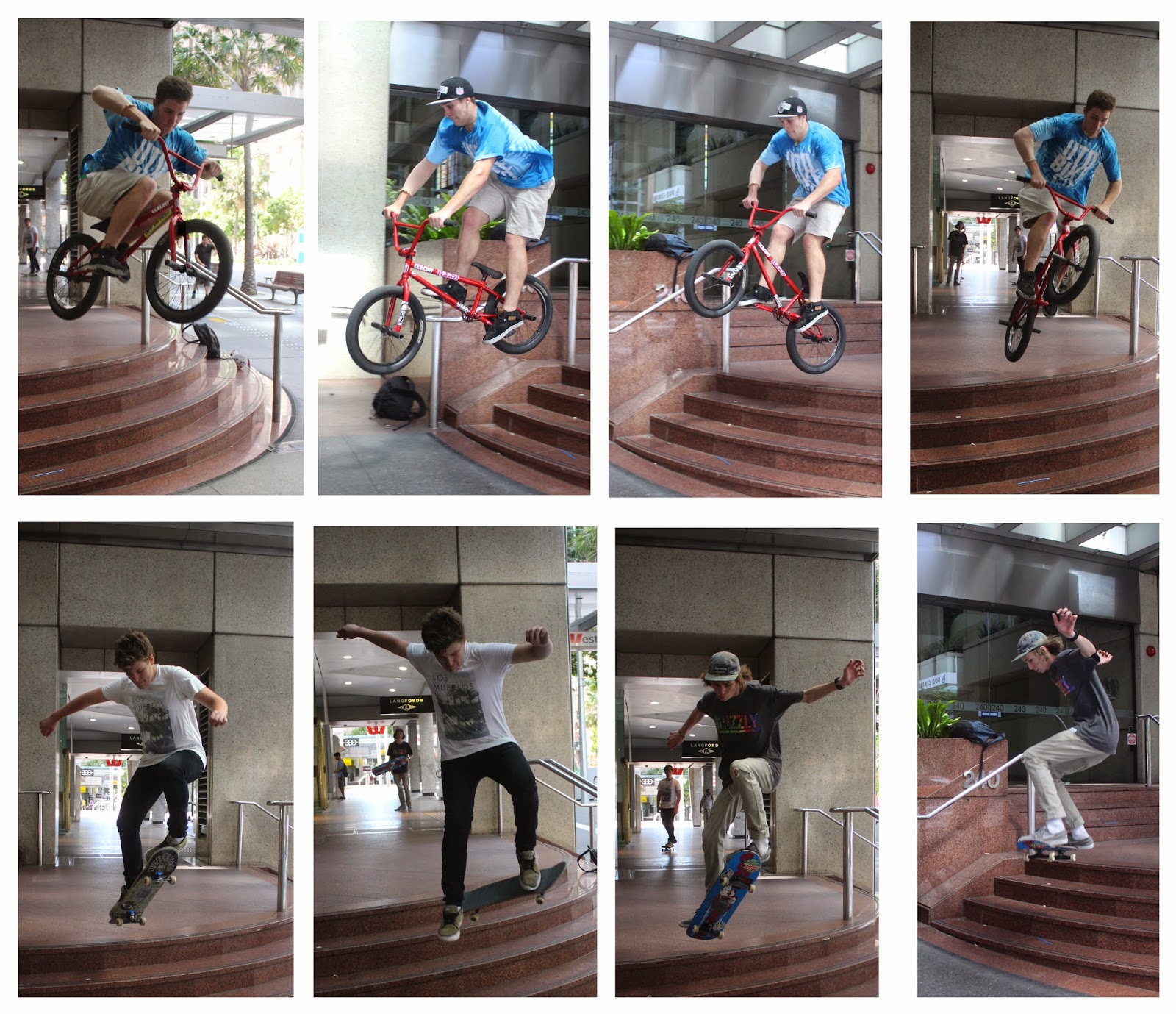 How do you plead?
Guilty, your honour.
Ignorance of the law is, I know, no defence. Nor, unfortunately, is the stupidity of the law. You do the crime, you do the time and I admit I was caught red handed in the Queen Street Mall in the possession of a dog.
Now here's the thing. As a city fringe dweller I frequently walk into the city with the fur friend and not once have I seen the signs prohibiting dogs and not once did it ever occur to me to look for one. And not once has it been an issue to anyone...  until today. A mall is like a big footpath between shops and a well behaved dog on a lead with an owner in possession of a giant roll of poo bags wouldn't strike me as a risk to public order, but what would I know. A very polite council officer approached me and informed me of my wrongdoing letting me off the $250 on-the-spot fine. I just wonder where all the people being lured into the city by the ever increasing numbers of highrise towers are supposed to walk dogs. The weird thing was other than the council inspector most people seemed more than happy to see Rumple in the city today. In fact as I sat outside an electronics store waiting not all that patiently for Drama Teen a woman came up and asked for a pat. Just a few moments of animal therapy and she could feel her stress levels melting, she said. Dogs do that, even the law breaking ones.
I was not the only one getting a move along today. A group of young lads using the steps of a building empty in a Sunday for a bit of bike and board practice were also given their marching orders. I know this because they came and told me when our paths crossed later in the day. They were upset because they weren't hurting anyone or anything and just wanted to practice a few skills. Like the dog, if not there then where?
Posted by Susan Hetherington at 11:00 PM