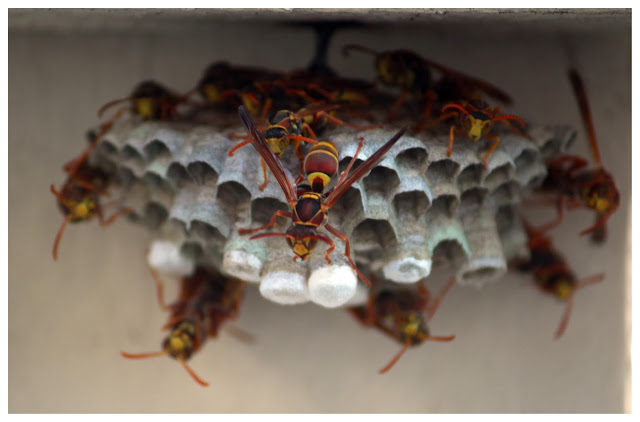 I'm a strong believer in the saying "if at first you don't succeed, try, try again".
But really, there's no point in getting stupid about it. At some point you've got to admit defeat and back down gracefully. Some of the greatest problems of our time come when both sides decide to dig their heels in and refuse to budge. I could be talking about Australian/Indonesian relationships or even the Lang Hancock family trust dispute - but I'm not. The bitter, divisive feud is between Susan and the wasps. I have no real problem with the wasps - except for the fact that they seem to think that the front fence near the gate and the letterbox is a great place to hang out. Yeah, it is but it is my place and while I pay the mortgage I reckon they can buzz off.
But they won't. I've burned down their nest, I've beaten down their nest but they are back - for now.
But tomorrow is another day and I'm stockpiling ammunition. Don't say you weren't warned.
Posted by Susan Hetherington at 5:52 PM