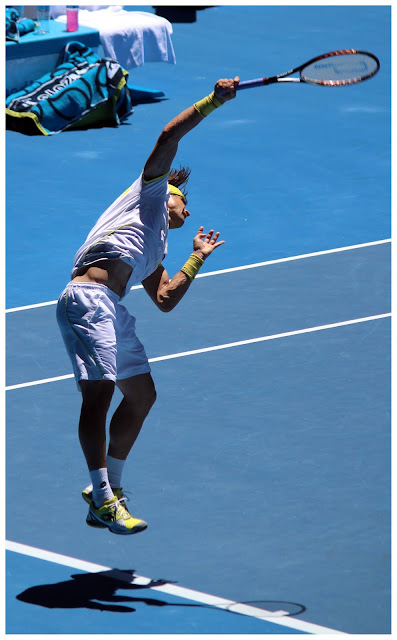 It's been a long time, far too long, since I've sat in the stands and watched a major tennis match.
If memory serves me correctly it was in the early '80s at the now defunct Milton tennis courts in Brisbane and I was waving a banner confessing my love for John McEnroe.
What can I say? I liked the tennis bad boy. A lot.
Yes, the antics were great but so was that never-give-up attitude. You've got to love someone who refuses to quit.
Today it was David Ferrer who was refusing to lie down and die despite being two sets down and surviving three match points.
A weaker man would have been in the showers and licking his wounds but there was never any suggestion that Ferrer was about to go quietly.
Equally impressive was  Nicolas Almagro who was gracious in defeat. How you lose says as much about you as how you win. Perhaps more.
It was an awesome spectacle and one I was really happy to share with Mr O. It was his first ever tennis match and an experience he is really keen to repeat. I refuse to allow it to be another 30 years before we are back. 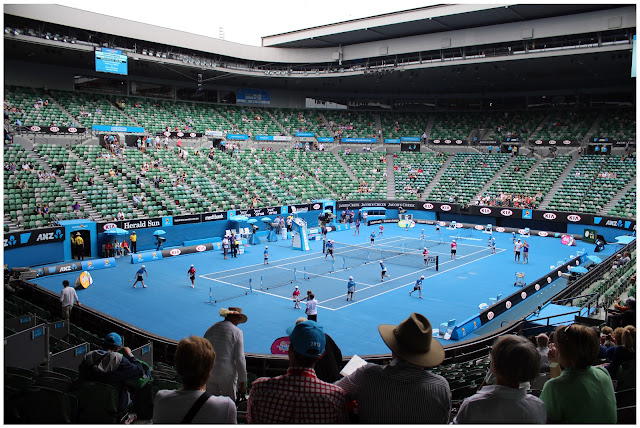 Posted by Susan Hetherington at 6:14 PM