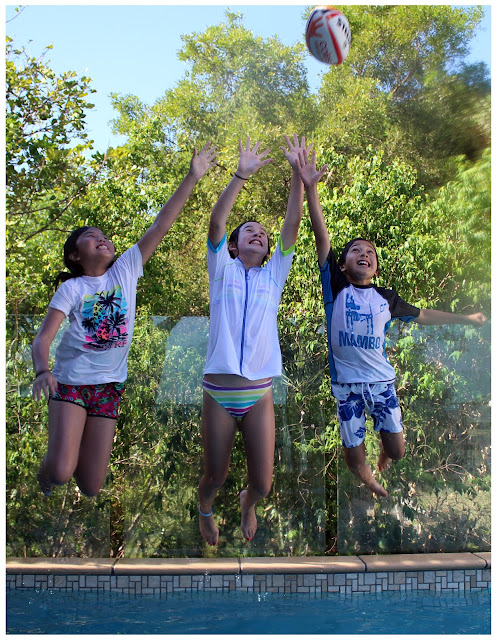 Fact 1: I know very little about the life and times of Marco Polo.
Fact 2: Knowing nothing about a subject rarely stops people from commenting on it.
So here goes. While I know little about Marco Polo's journeys from Italy to Asia, I am pretty sure he did it with his eyes wide open.
As such, I find the swimming pool game Marco Polo about the stupidest activity ever created. If you are unfamiliar it goes like this. It is a little bit like tiggy in that someone is It and has to catch one of the other competitors. The key differences are that the game is played in the pool and It has to do the catching with his or her eyes closed. To help, It shouts "Marco" and the others must reply with "Polo". That's it. There are numerous variations such as the one where It shouts "Justin" and the team shouts "Bieber". Tell you what, that would make me really determined not to catch anything but I digress.
The thing is that while I might find Marco Polo (the game not the person) incredibly stupid, children never do. It is almost inevitable that when a group gathers in the pool someone will suggest the game. So it was that this afternoon when the cousins gathered to escape the heat. There were also ball games, splashing and shouting. Truth is I don't think they would have cared what they were doing. If you want to have fun in the summer heat just add water.
Posted by Susan Hetherington at 4:04 PM