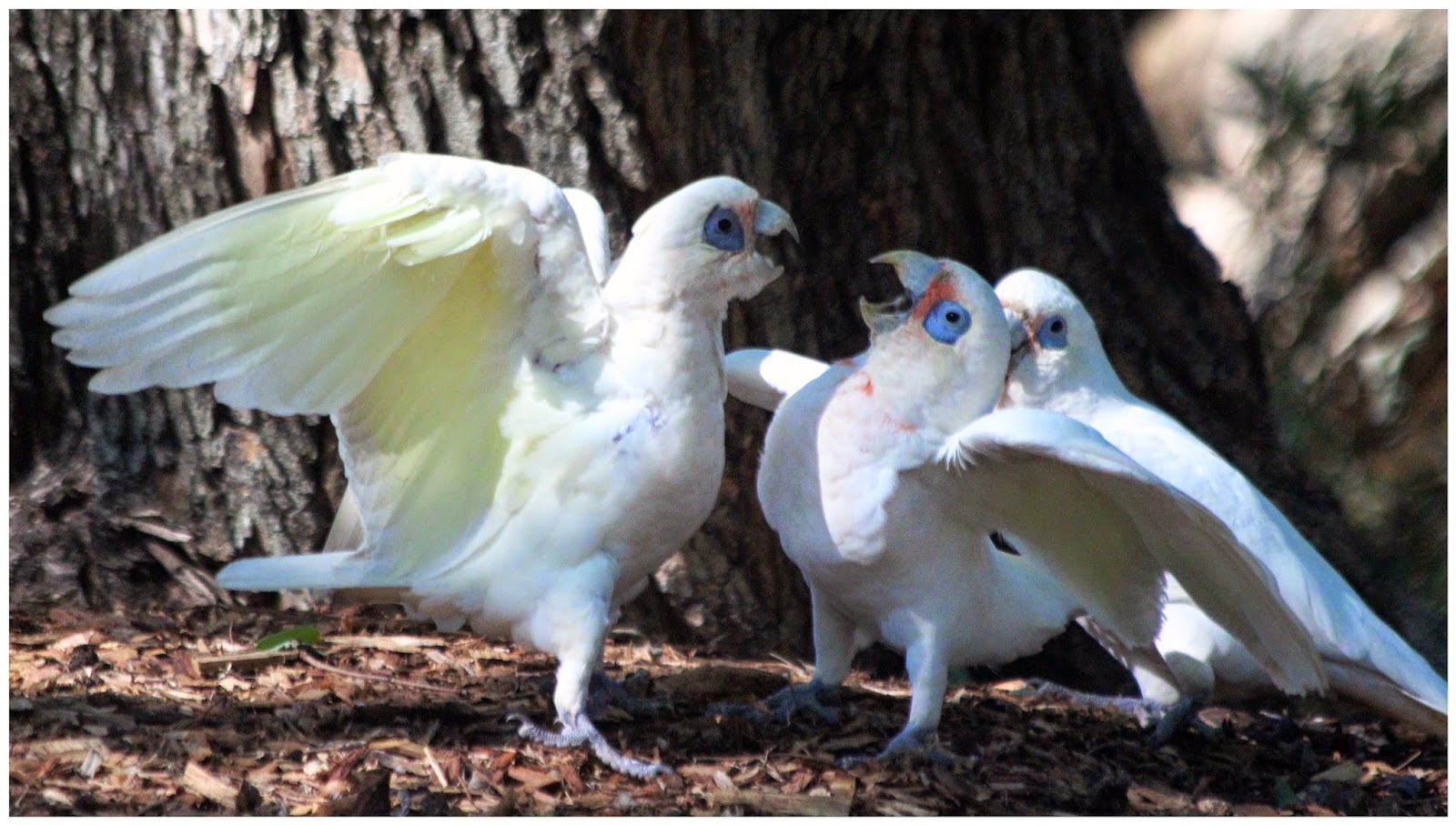 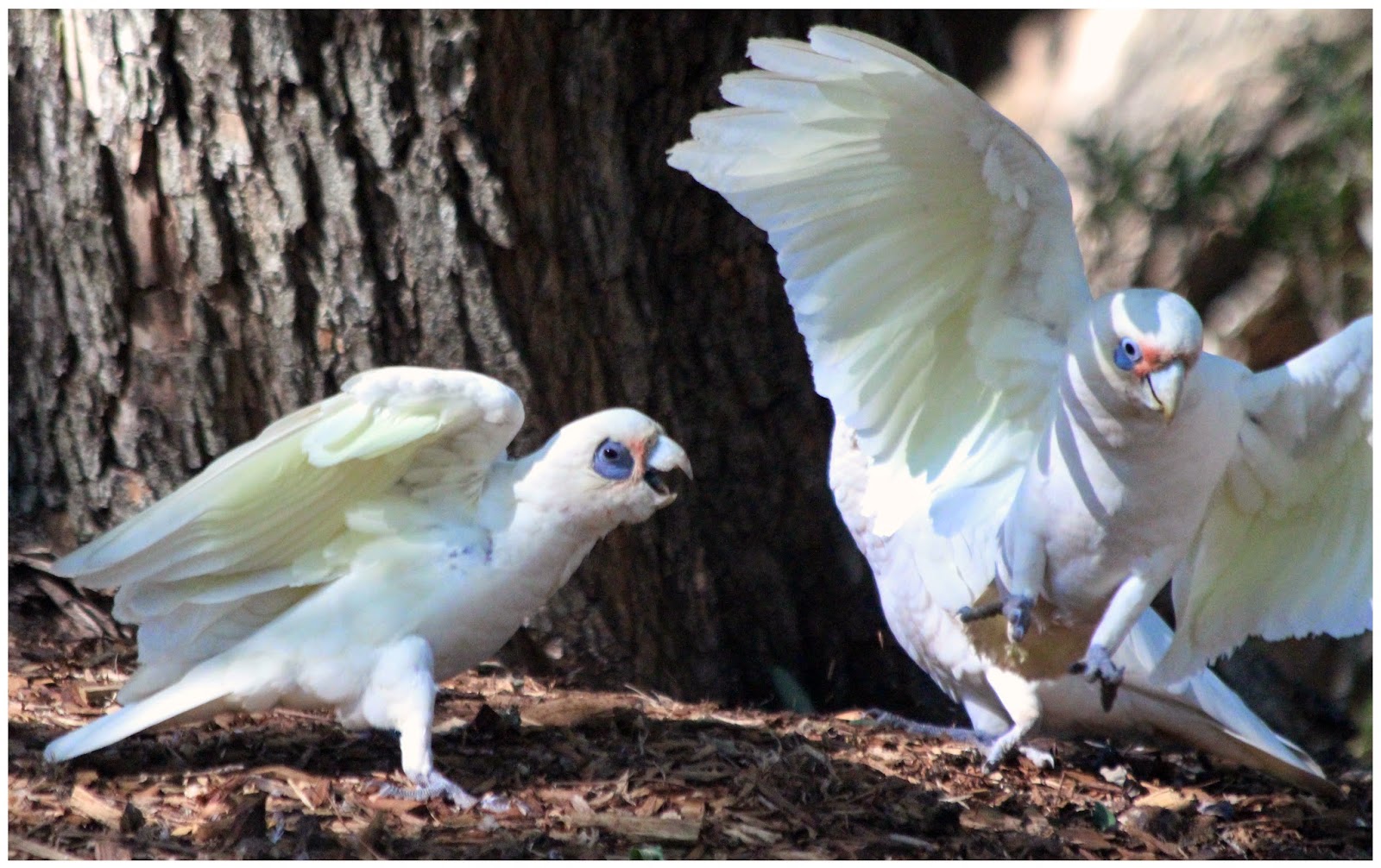 My mother loves to tell a story. She has a collection of them - stories from her childhood, stories from when my siblings and I were young and stories from what the grandkids or even the dogs have done. There's one for every occasion. Had my mum been with me today, I'm pretty sure the story that would have come out is the one that relates to my nephew Benjamen. As the story goes, Benny as a young thing was having a problem letting others play with his things. "Have you heard about sharing?" he was asked. "Yes," he said. "But I hate sharing". That's pretty much how the birds were playing it out under the trees at the University of Queensland. Most of the Little Corellas were being very civilised scratching around in the dirt getting what they could get but not this pair. They were going at it over what appeared to be a single piece of dirt.  One of them may well have a mother telling a story about it right now.
Posted by Susan Hetherington at 9:37 PM