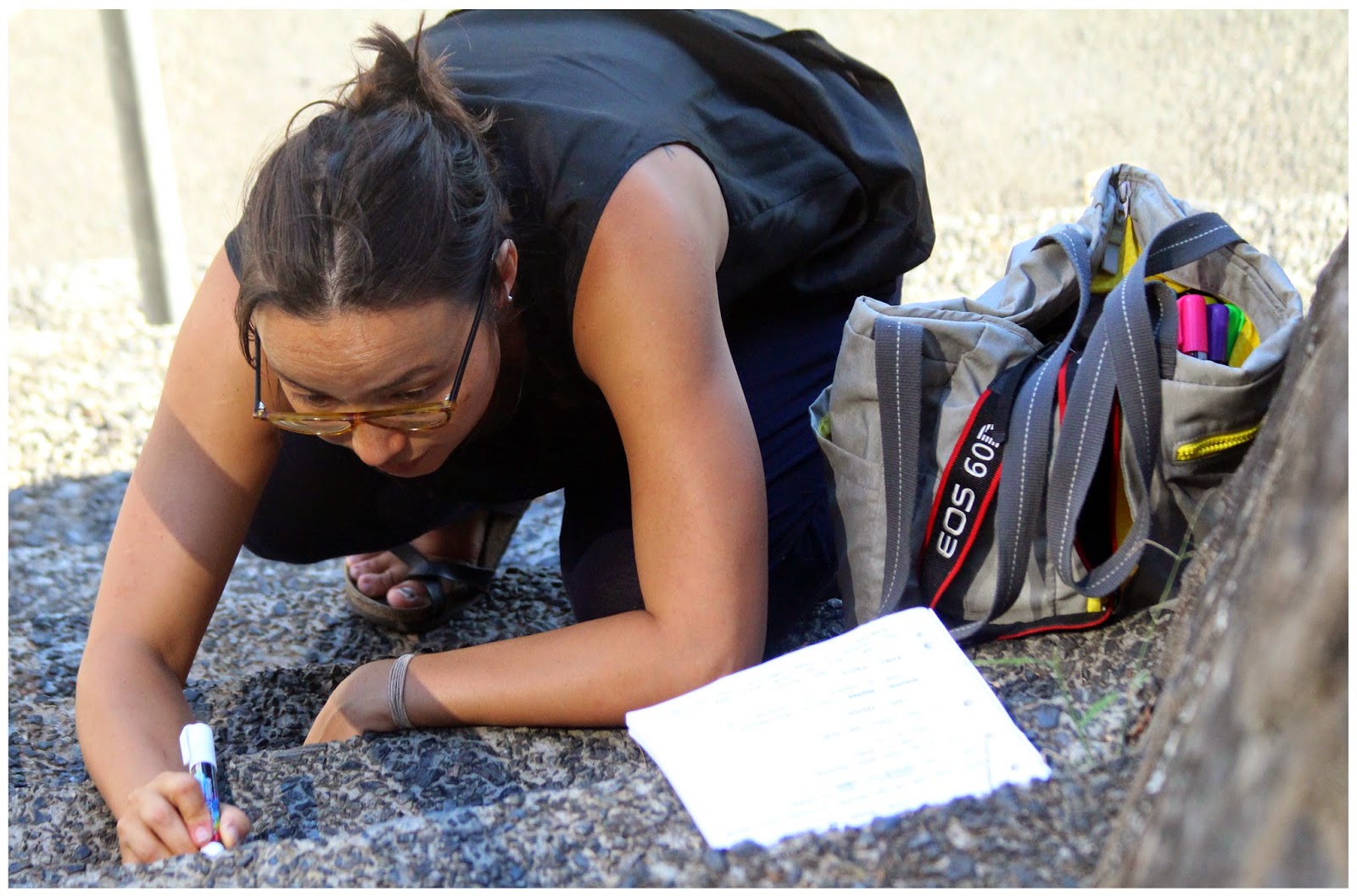 Those who do not believe in magic will never find it. 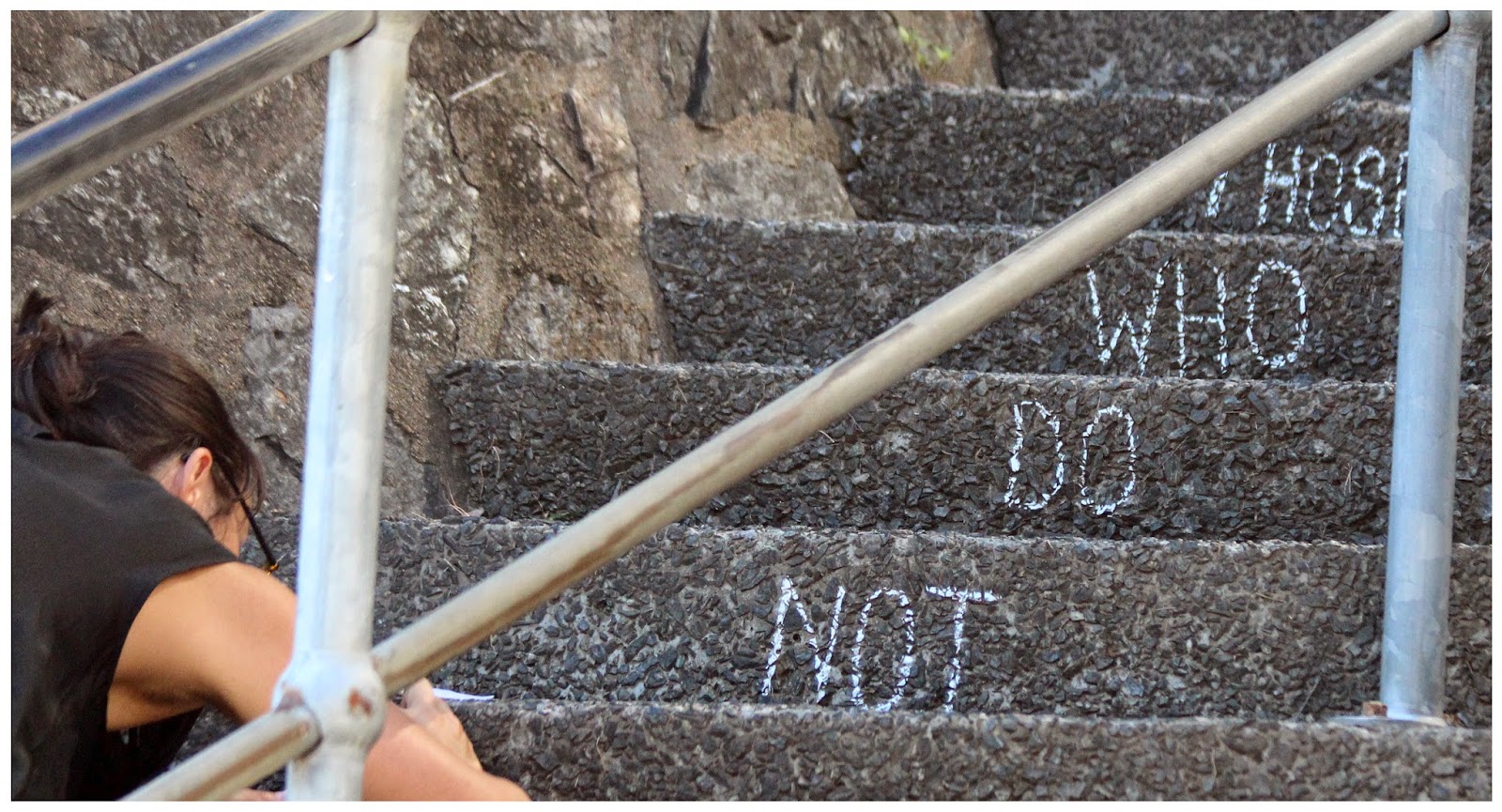 Those are the words Laura Luck was writing on the steps leading to the Albert Street Park this afternoon.  She was just starting on the word believe when we walked by so my first impression was that this was perhaps a religious statement. I had, after all, just left the Mall where there was a group of Mormon missionaries working and a woman wearing a Jesus T Shirt seeming selling God from a suitcase. But something told me the woman writing on the steps had a different mission so I stopped to talk. Laura was working hard setting up for an artistic guided walk through the park tomorrow. She will take anyone who turns up on a tour that will be magical and may include fairies. Now that had my interest. A quick Google search found that Laura loves a bit of magic.
She once through open the doors of her seafront apartment as part of an open house trail to host a public mad hatter's tea party. She says she has a rotational crew of tea ladies/ artists talking teapots, delicious delicacies and delirious performances were all part of the fare. 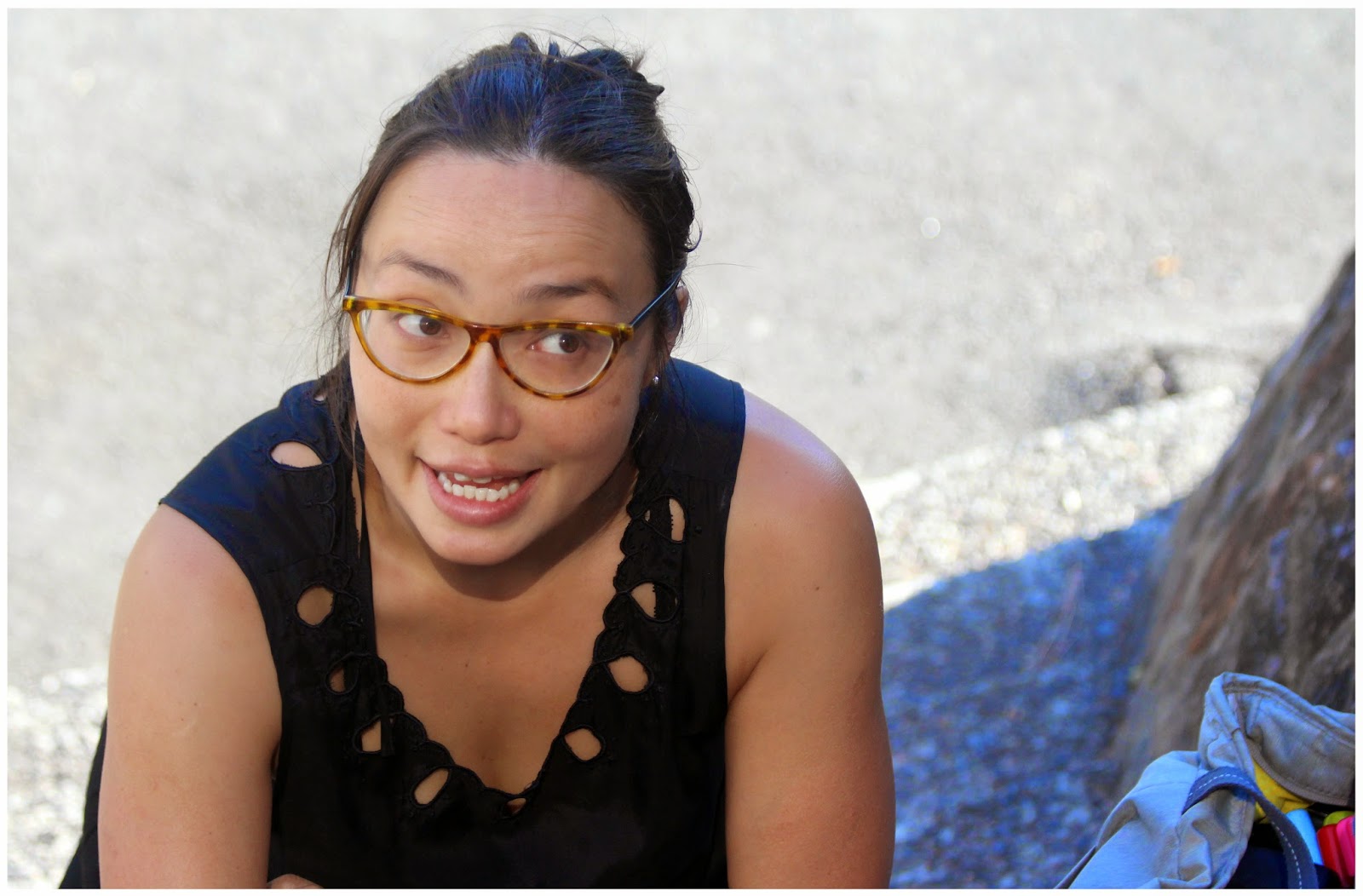 Then another time she created a human size hive for creative play and recuperation and her resume includes an installation piece composed of an egg that continually hatched smaller eggs until it ended in a tiny silver crocodile.
As I tell my students, everyone has a story. You just have to take the time to find out what it is.
*If you are interested,  Laura's tour for true believers sets off at noon. 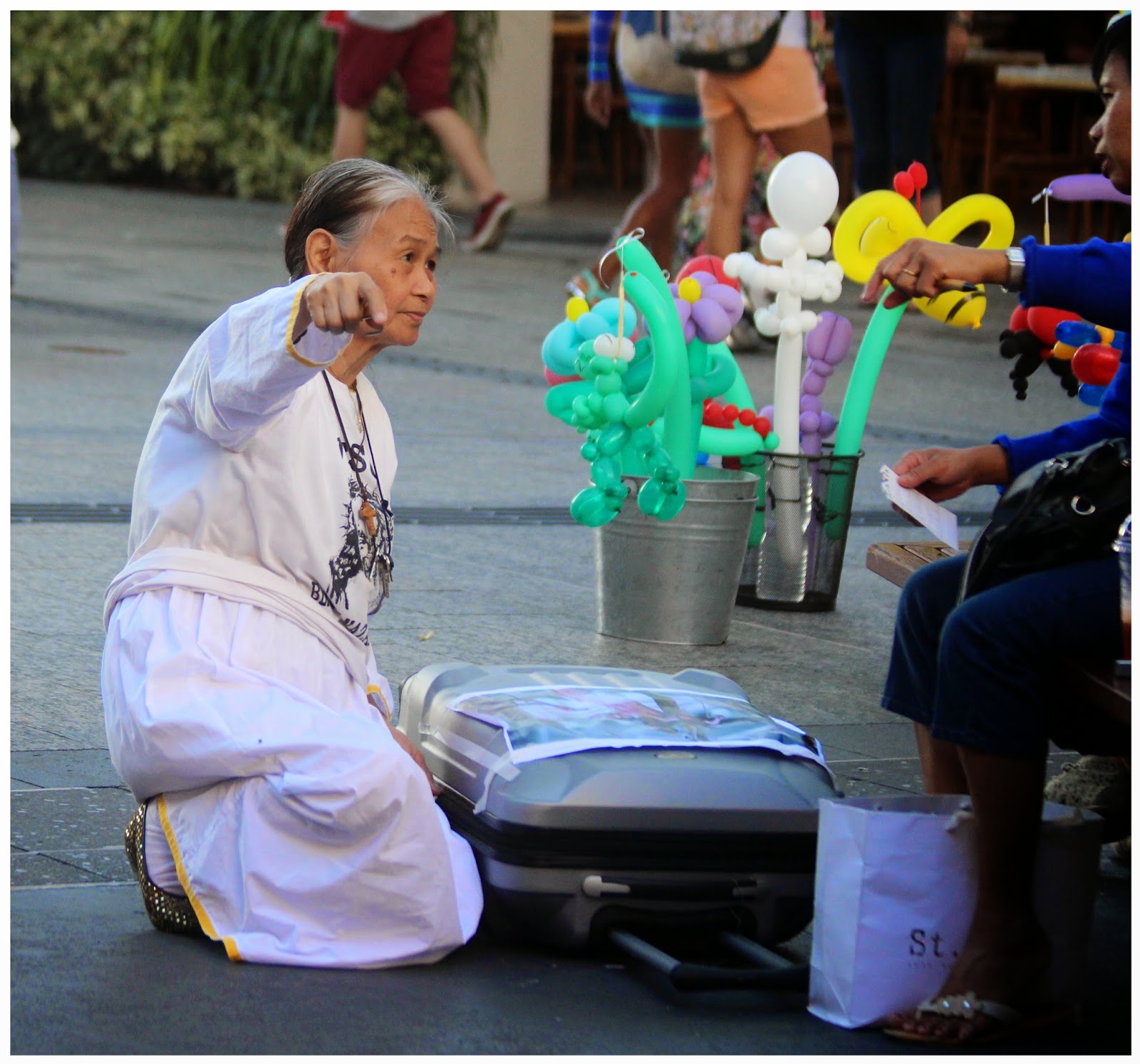 Posted by Susan Hetherington at 11:40 PM