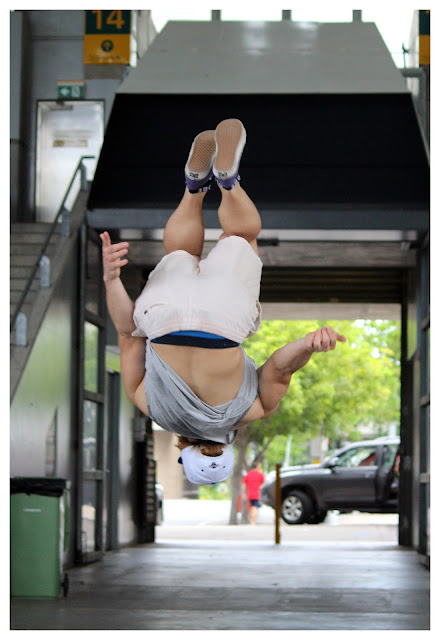 Give people a uniform and so often they seems to think that gives them permission to act like complete arseholes. I'm not talking here about police, ambos or firies. It's more the bouncers, security guards and traffic control people who take a bit of authority and turn it into a power trip.
Of course there are exceptions that make and break every rule and I have to say the security people are South Bank have got the firm but fair thing perfectly sorted.
Twice in the past couple of weeks I've seen the security personnel in action. The first time, a schoolgirl was busking without a permit near the river. The guards politely walked up to her mum as the little one played violin and told her the rules. they directed her to the office where the permits are issues.
A second instance happened today. Members of the hip hop dance troupe Empire were rehearsing at the piazza in preparation for next week's Hip Hop Street Dance Championships at the Clem Jones Centre in Brisbane. The parklands were packed with families enjoying the Easter Saturday sunshine and a large crowd had gathered to watch.
Then the security guards appeared. Again politely they told the group they had no problem  with them rehearsing or with their music but the power cord snaking its way across the concrete piazza was a serious health and safety risk especially with all the small children running around and would have to go.
They suggested that if the group wanted to use the space on an ongoing basis they should talk to the managing authority to get a safer access to power.
Firm but fair.
It could have been ugly. It wasn't. A break was called and I'm not sure what the dancers did next but I did notice that as he walked away Manuel Grundy was still doing backflips. He may not have been head over heals with the situation but he was doing a great job of hiding it.
Posted by Susan Hetherington at 4:42 PM