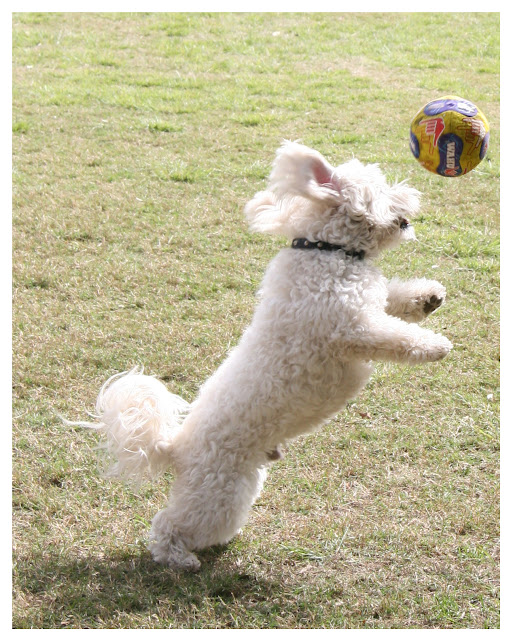 It's a dog's life.
I mean, look at Jett having a ball (quite literally) at Kalinga Park today.
As often as owner Nicole would toss the ball, Jett would charge across the park and fetch.
Don't you love the apparent obedience of a puppy? How they will fetch a stick, a ball, the newspaper or your slippers in a way that lets you pretend you are the master?
Of course, we all know who really heads the pack and it's rarely the human.
Jett (with two Ts because he's just a bit posh) was the one who decided it was time to go to the park.
He gathered all his toys in the courtyard so that Nicole would be in no doubt that it was park time.
Then when he'd had enough he dropped the ball and went on sit down strike. Easy to tell who had trained who.
Not that you'd have it any other way. It's a small price to pay for the happiness a dog can bring.

Posted by Susan Hetherington at 2:43 PM