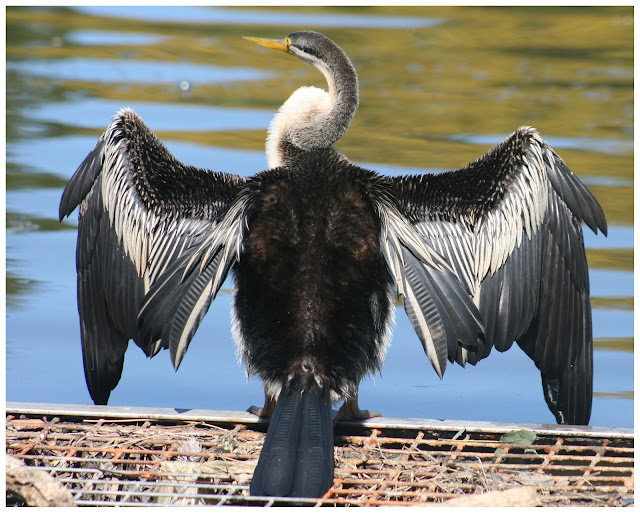 See this bird? It was well and truly sticking its neck out early this afternoon at the lakes at the University of Queensland. It reminded me of the lone bloke who was prepared to take to the Twitterverse today to say that he supported the State Government's plan to disband Breastscreen Queensland.
For his trouble he was shouted down in some of the most vile terms. That's the problem with sticking your neck out, there's always someone ready to chop it off.
While the government has maintained that the mammogram program will be maintained - a fact which opponents doubt but which I am not in a position to know either way - what I do know is that the name calling won't help.
People have every reason to be very concerned and very angry but all the effing and blinding in the world will not make any government change its mind.
Protest but can we play the ball and not the man?
This is an issue that needs to be fought on the facts. It does no-one any credit to just take to social media and swear. As my mother used to say, if you can't say anything nice....
Posted by Susan Hetherington at 6:53 PM