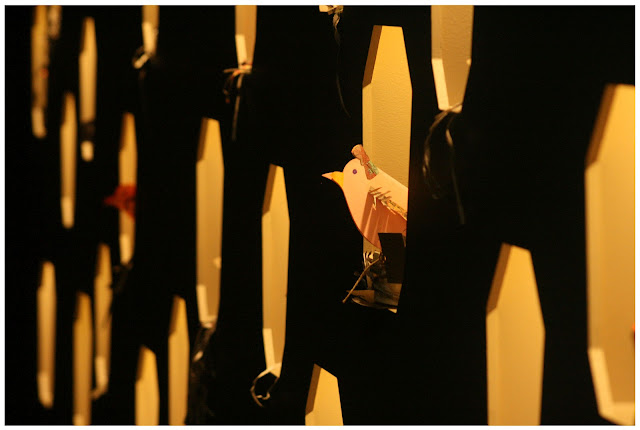 How many hours of the day, every day do we spend staring at a screen (by we, clearly I mean me because I accept that not everyone has the same degree of device addiction as I do).
If there was such a thing as a screen tan, I'd look like I'd been spending a fair chunk of time at a solarium. Much of my life is spent by the glow of a monitor, often tuning in to the twittering on the site with the little bird. This may explain why I was so attracted to this display wall in the Gallery of Modern Art's children's gallery today.When it comes to social media, I have seen the light.
First thing in the morning and last thing at night I am checking emails or twitter on my iPhone and for large chunks of the rest of the day it’s the computer, iPad or TV. Much of this is work but an awful lot isn’t. Frankly I feel lost without connection to the outside world without social media. It’s fun. It's my idea of Paradise by the iPhone Light (with apologies to Meatloaf).

Posted by Susan Hetherington at 6:36 PM