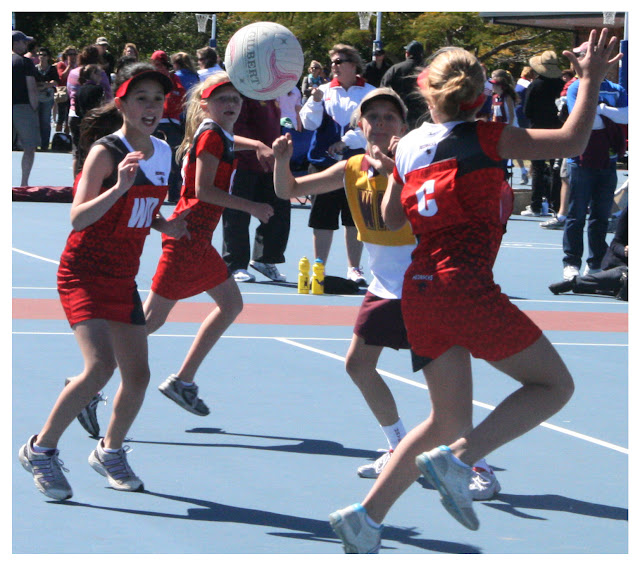 Every family has its stories and my mother is the official keeper of the stories in ours.Whenever one of our kids does something mum will drag out a story. The one about the time Lisa used Preen to take off the lipstick she'd decided to model because the ad said it removed lipstick. The one about the time Michael stuck a stone up his nose and had to have it surgically removed. Or the one about the netball grand final circa 1978.
My older sister Marie and I were in the same team which made the grand final that year. Both my father and my grandfather came along. This was a huge deal because generally the men were off watching my brother playing football. We used to give them hell about it.

Unfortunately, if the idea was to show them what they'd been missing all season, things did not go to plan. We were totally outclassed on the day. It was not a pretty picture.
As the story goes, it was such a train wreck to watch that my father and grandfather were spotted with their backs to the game taking a keen interest in the lawn bowls being played over the fence. I'd be filing a law suit for emotional damage now if either of them was still with us.

I was reminded of that day today at my niece Cleo's netball grand final. Her team was also totally outclassed but the girls kept up the fight until the end. And did we head off mid match to watch the lawn bowls? Hell no. We cheered until the final hooter.
If today goes down in Mum's little book of family stories it will be because we were all nearly carried away by the wind and not because we were carried away by the excitement of the bowling.

Posted by Susan Hetherington at 1:33 PM