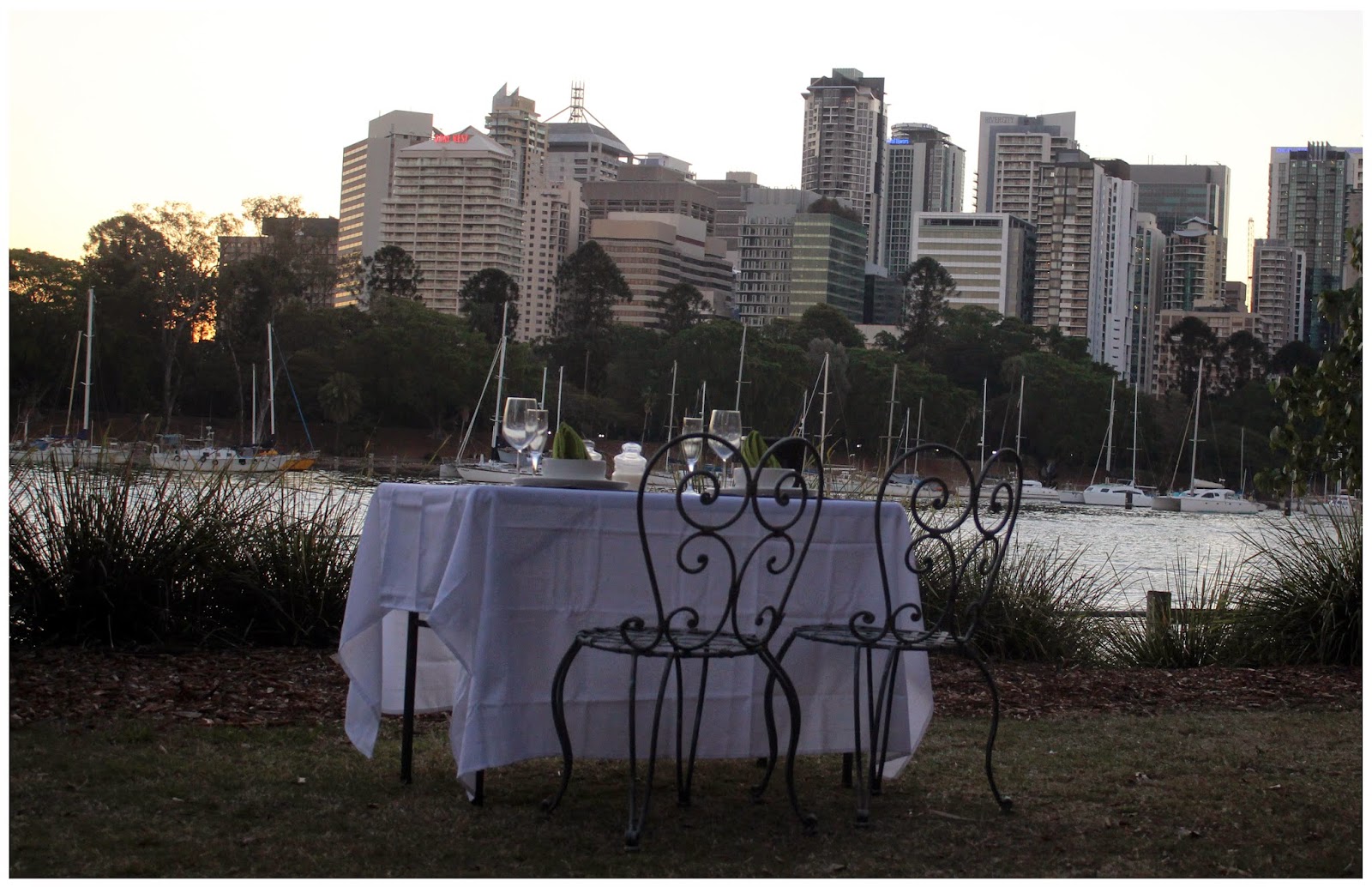 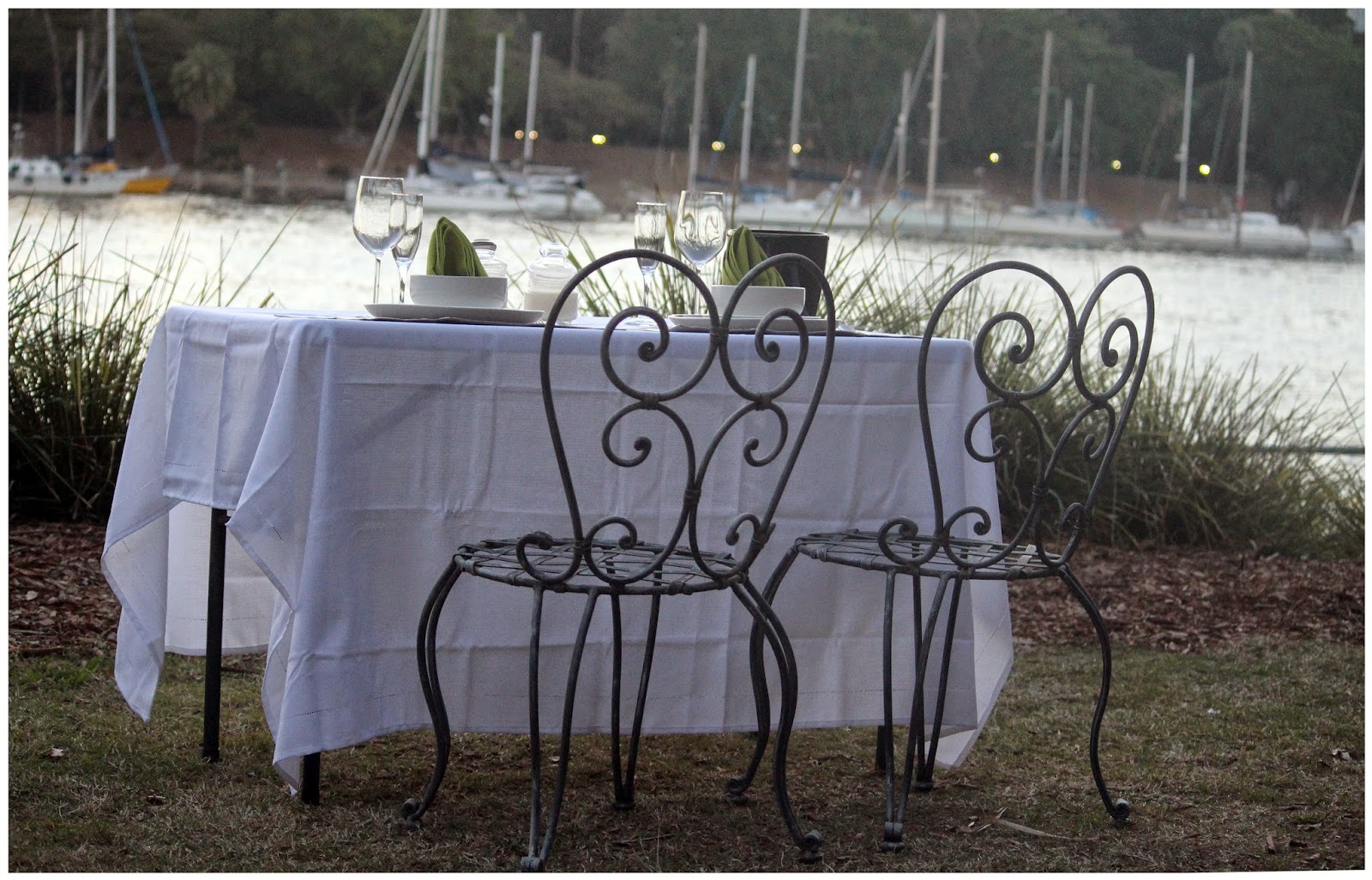 I really want to know if she said "yes".
This afternoon Lauro was at the base of the Kangaroo Point Cliffs, a whole pile of supermarket plastic bags and assorted equipment at his side setting up a romantic riverfront night picnic. It was a set-up that had marriage proposal written all over it and thus curiosity get the best of me. I took the dogs over and I started a conversation. Turns out Lauro was playing wingman for his mate Edgar who tonight was bringing his girlfriend Lorna down to the riverfront park to pop the question. Edgar had cooked the food (Lauro believed it was lamb and pasta) and it was Lauro's job to set up the picnic ready for their arrival. Apparently there was a tense moment this afternoon when Lorna left work earlier than planned and her beau had to race home to clear the evidence before she got there. I commented what a great mate Lauro was, but he shrugged it off. "They are really good friends. Happy to do it."  But that's it. That's all I know. I just hope she said yes. I do love a happy ending. *
And speaking of happy endings, it would appear DC and AC think they will be together forever. A little further up the path, a section of fence has become home to a couple of love locks (which according to Wikipedia is "a padlock which sweethearts lock to a bridge, fence, gate or similar fixture to symbolise their love"). Well I guess it beats writing each other's initials on a toilet door. 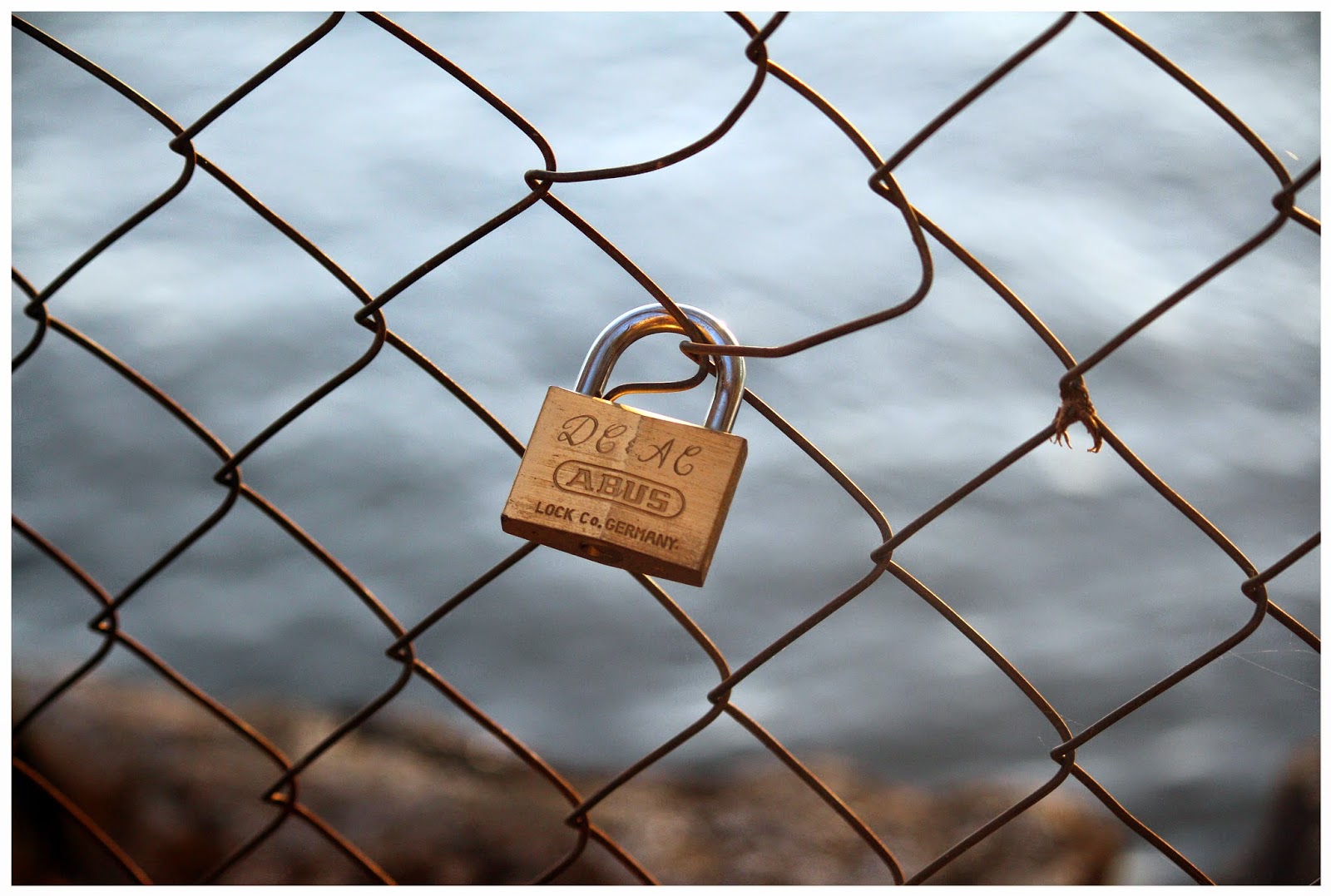 * She did say yes. Cheekily I asked Lauro if he would like me to email a photo of the romatic set up. He was delighted. So was I because it meant I could find out what happened! He even sent me a mobile phone pic of the down on one knee moment 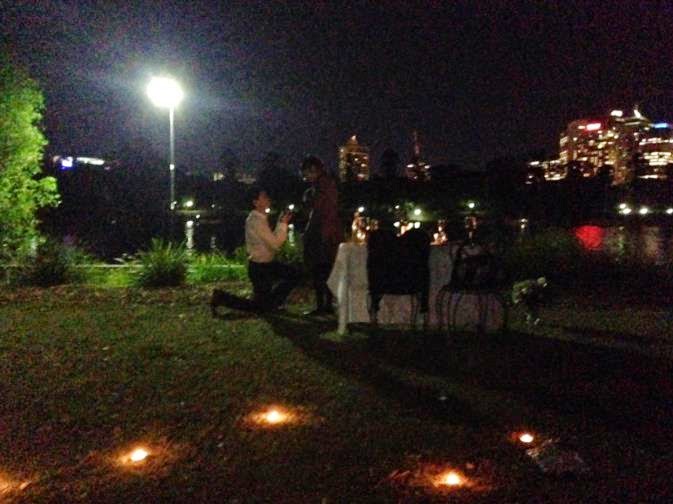 Posted by Susan Hetherington at 7:54 PM