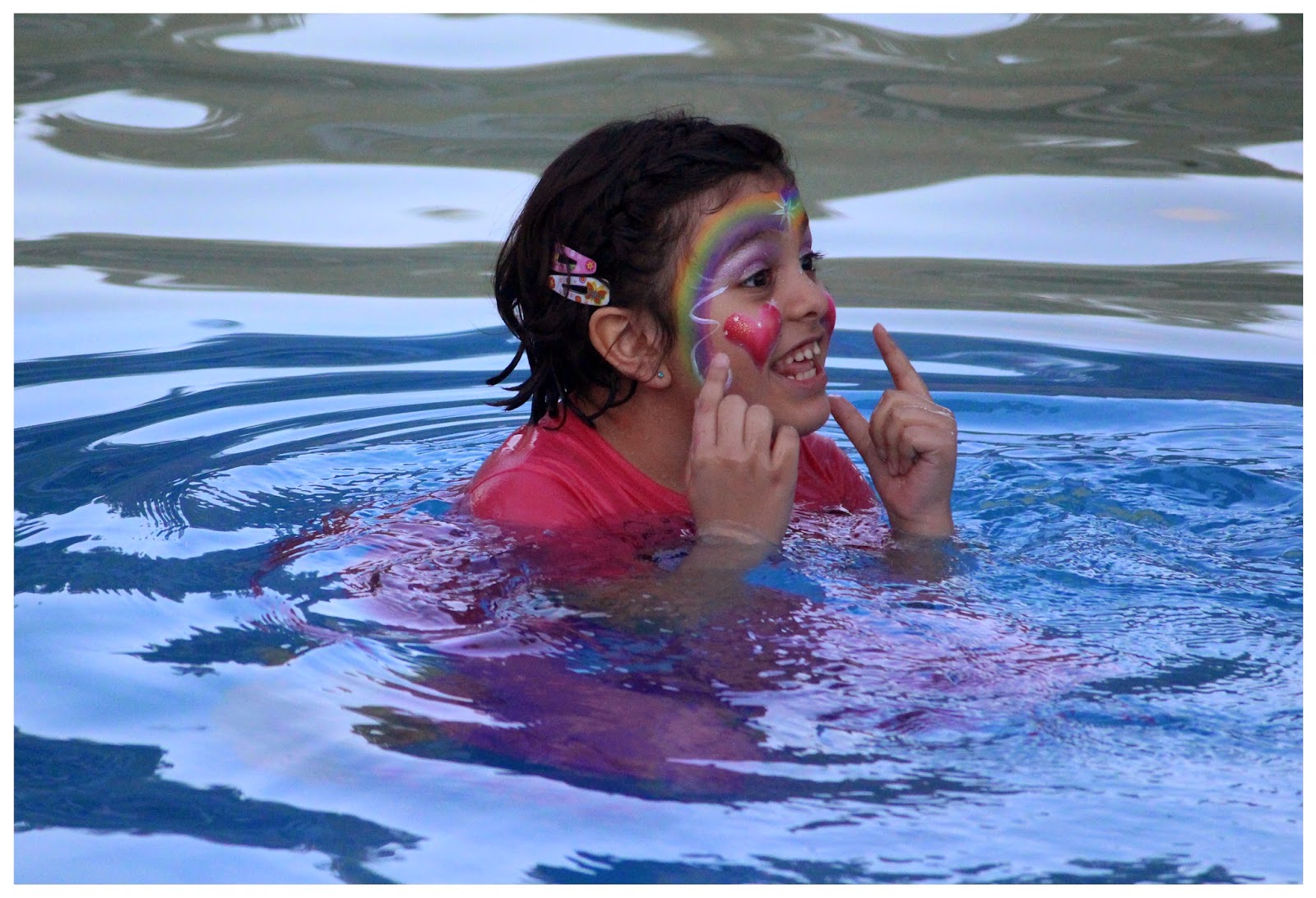 When  I was a child I had no idea what I wanted to be when I grew up. Sometimes I still wonder but that would mean a) I would have to grow up and b) the thought of actually changing career path does my head in. But there are times - times which generally coincide with peak marking season strangely enough - when I wonder what else I could do with the talents such that they are. My mother once suggested I should be a politician a concept which nearly made me gag. I explained to her that I really don't hate my family that much. Something creative would suit everything but my desire to retire to a luxury beach house. But if there's one thing this past week has taught me it's that I could never go into a commercial face painting business. For most of this week I have outsourced the face painting required for Drama Teen's Cats role but today I did it myself and let's just say there were eight-year-old cast members with better feline faces and I suspect most of them did it themselves. Some jobs are best left to the experts. And I have to say I am always in awe of good make-up both of the evening wear and the fun fair variety. Would you look at this masterpiece that was created at the Wonder Day at South Bank today? Now if that isn't enough to bring a smile to your face nothing will. I look at this and any desire to grow up disappears completely.
Posted by Susan Hetherington at 11:19 PM