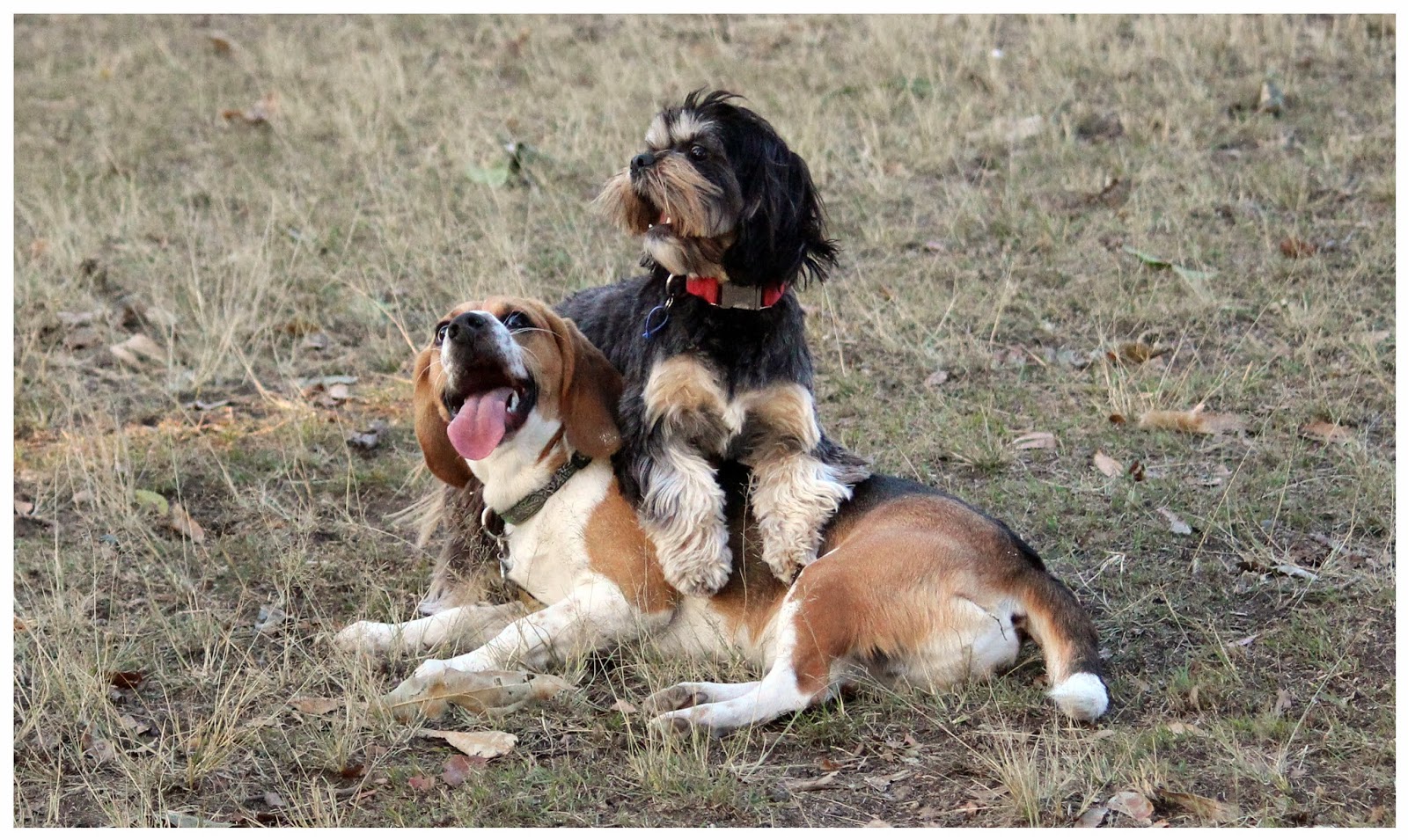 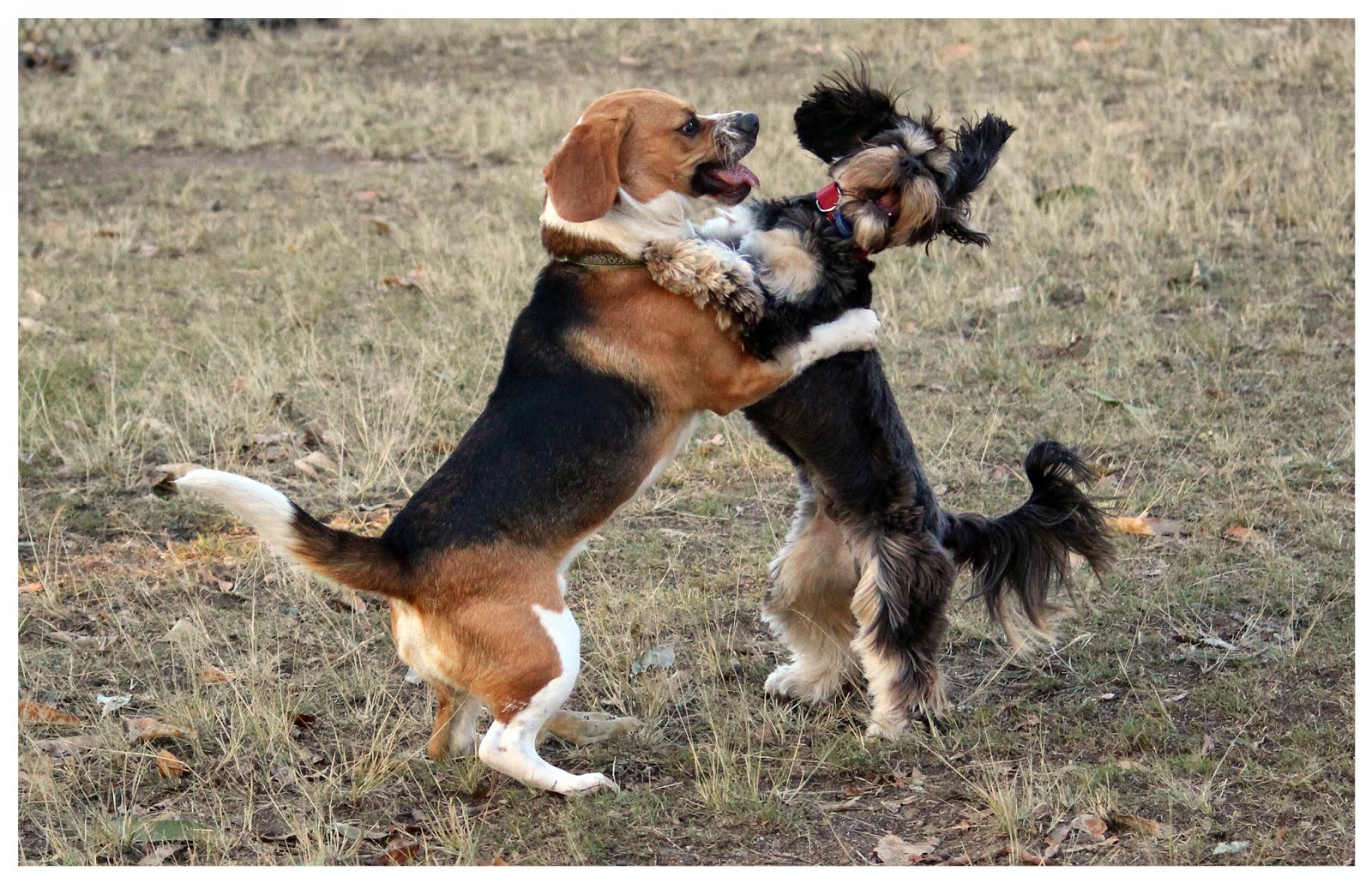 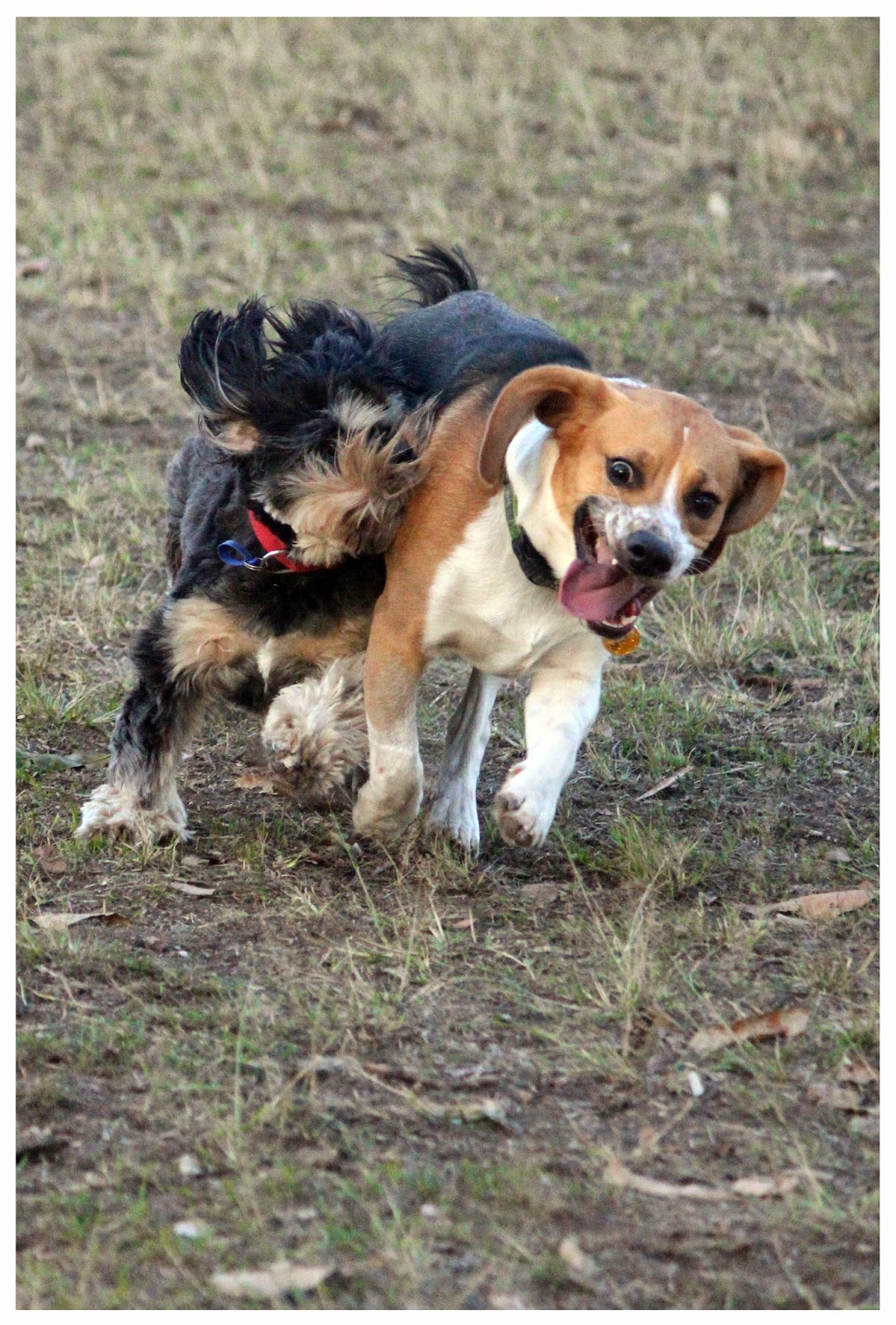 Recently a 12-year-old friend of my niece wondered out loud whether my older sister and I were twins. We both found that rather hilarious as there really isn't that much of a family resemblance. Where the gene pool is far closer is between myself and my baby bro Michael. Michael is tall, thin, incredibly fit and works at an elite level as a sports scientist. Right now he is en route to Scotland via China with the Australian Commonwealth Games diving team as the Sport Science Sports Medicine Manager at Diving Australia. Yep, anyone who knows me knows just how alike we are (not). And so it is in our choice of fur friends. My fur baby Rumple is small, furry and particularly needy. Michael's beagle The Fed - who is holidaying with us while his "dad" is travelling - is a short haired hound, big boned and strong as an ox. Despite the lack of resemblance they are just like siblings - at times they are at each other's throats and at other times they are the best of buddies. While a human observer can see the two are clearly not that alike, no-one has remembered to tell The Fed that. He can see no reason why he can't do exactly what Rumple does - and that includes leaping on to the bed and walking across my prone body as a "special" wake-up routine. At least I can be sure he feels like he is part of the family.


Posted by Susan Hetherington at 6:47 PM