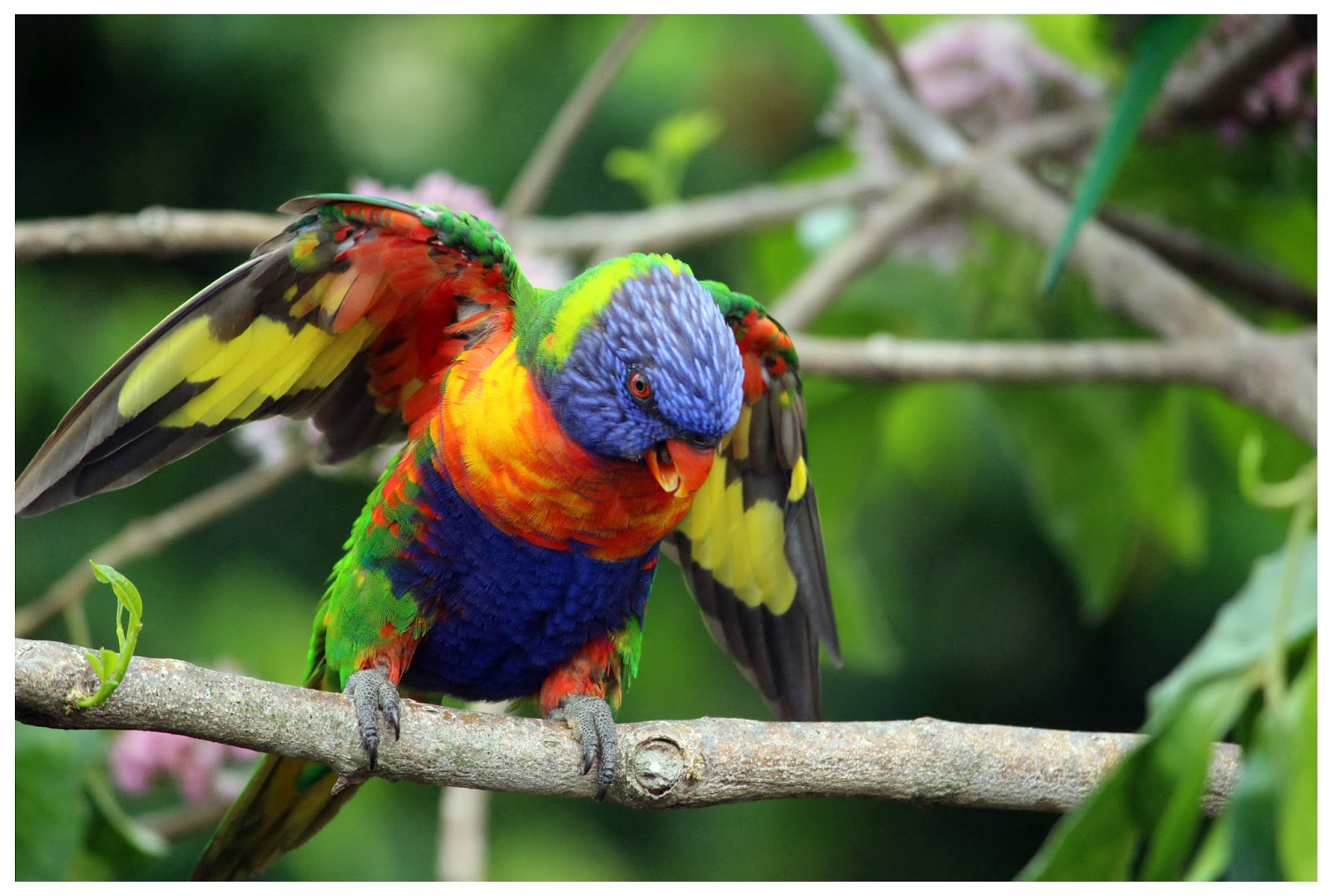 I may be a feminist but I do not, as is the like of some, refer to God as she.
Quite simple the evidence is not there. For one there's the really, really obvious stuff like menstruation. That has to be the genius of a male. No argument. Period.
But there are other things such as clothing. Put a man - any man, any size, any shape - in a dinner suit and provided it fits he looks fabulous.
And look to the animal kingdom. The lioness is dull, colourless and boring. The lion is the king of beasts all mane and wonderful. Think peacock and peahen. Think bull versus cow. Doe versus Deer.
Sexual dimorphism is pretty much all strongly weighted in the boys' favour. Not fair. Totally not fair.
Females get the crap end of the bargain. Fortunately there are exceptions to every rule and that's one reason to love the rainbow lorikeet. Both the boys and the girls get to wear flashy technicolor dreamcoats. You have to love that. And not only that these birds remind me of summer holidays. Back in the day, the only place to get up and personal with these magnificent birds was the Currumbin Wildlife Sanctuary and almost everyone who grew up in this part of the world made a summer holiday pilgrimage to the sanctuary to have a photo taken of the birds perched on plates eating milk and honey or landing on some terrified child's head. Such good times. This photo was taken much closer to home - at the Roma Street Parklands - still putting on a show like the good old days but without any need to pay an admission fee. God may be male but feathered friends like this beautiful specimen seem to me to be proof that he has a great sense of style.

Posted by Susan Hetherington at 10:16 PM