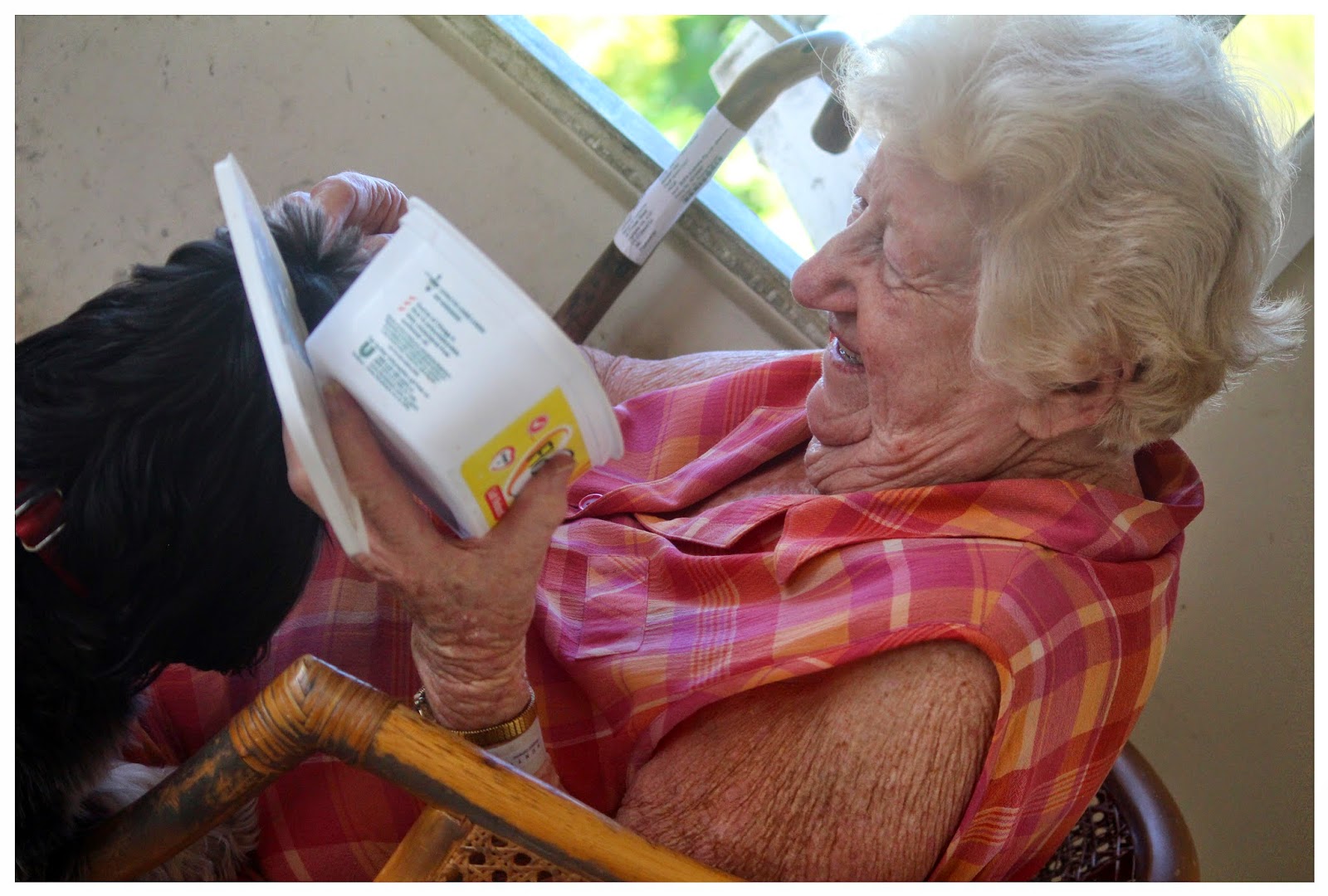 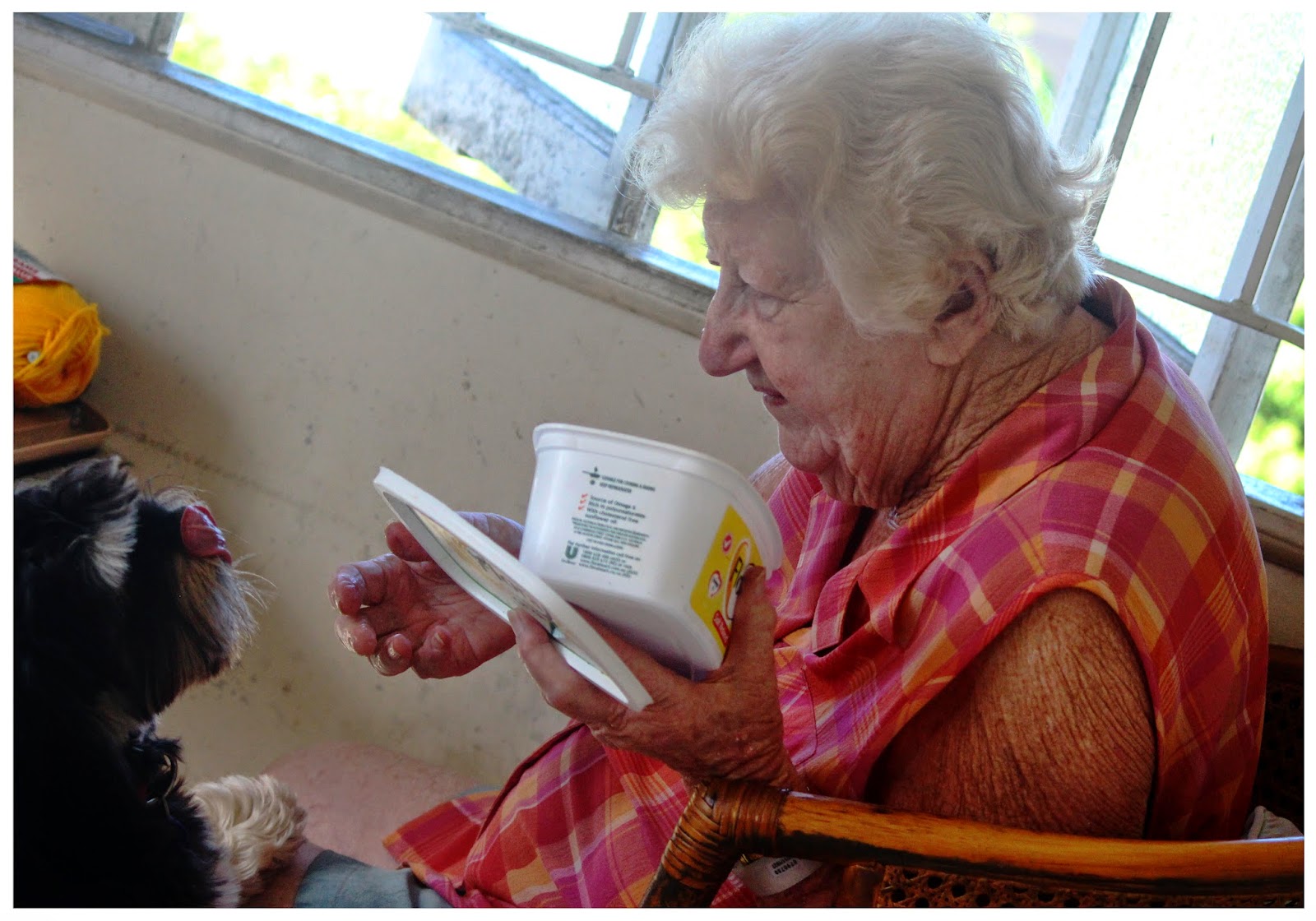 If you've seen 101 Dalmatians (and if you haven't you should) you will be familiar with the Twilight Bark. It's the bit where the canine version of Chinese whispers springs into action to spread the word about the missing puppies. I swear a similar animal communication chain was in operation around my place today. After almost three weeks in hospital and rehabilitation following a fall, my neighbour Margaret arrived home by ambulance this morning at 9am. By 9.01am the word was out that Margaret's Mince kitchen would again be open for business. First in line was my fur friend Rumple who charged through the door and on to her knee. The joy on both their faces was obvious. Margaret declared that there was no place like home remarking how much she missed the little things like being able to feed the birds (and her neighbour's dog). She told Rumple how she had a photo of him by her bedside in hospital and showed it to all the nurses but it was great to see him in person (well dog). By that time avian army had arrived and first the kookaburra, then the magpies and the butcher birds and the miners were at the window waiting for their share of the mince. I admit it hasn't been the same without Margaret sitting at her window watching the world but I reckon the plans now put in place for her well being will be worth the pain in the long run. Eventually all creatures great and small will come to understand that.
Posted by Susan Hetherington at 7:04 PM