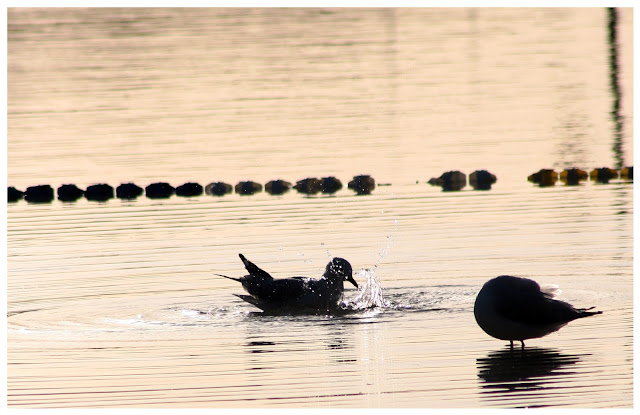 South Bank, Brisbane 6am. All the other sea gulls were placidly floating on the pools or gently preening themselves.
All but one.
Remember those drinking birds, those instatible little birdie ornaments that used to bob in and out of a glass in a seemingly perpetual motion desperately trying to quench an insatiable thirst?
This bloke was like that. He was creating quite a few ripples on the otherwise smooth surface of the pool. It was like he was trying to draw attention to himself. Not waving, drowning.
And universally the other birds were totally ignoring his antics.
That's the problem isn't it? You are never really sure when someone is desperately splashing about whether they are really floundering or whether this is just attention seeking behaviour designed to do nothing more than create a few waves.
I find parenting a teenager to be much like that. There's a lot of frantic splashing going on and it's hard to know when to stay calm and just try to float it out and when you need to throw the buoyancy ring.
I keep trying to remind myself that the other birds may look calm but there's bound to be plenty of desperate paddling going on beneath the surface.
And it you can't make a few waves when you're a teenager ....
Posted by Susan Hetherington at 9:30 AM