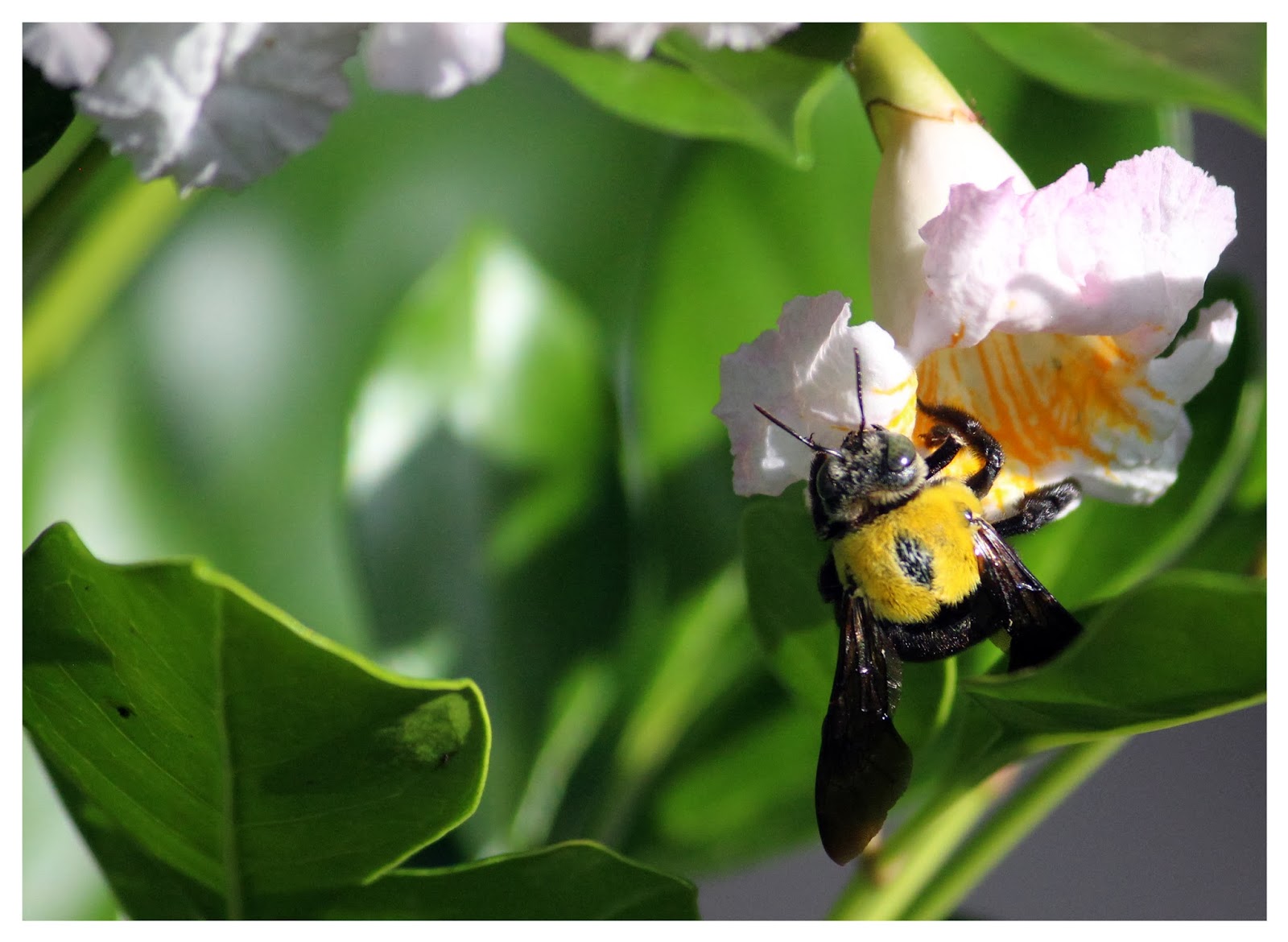 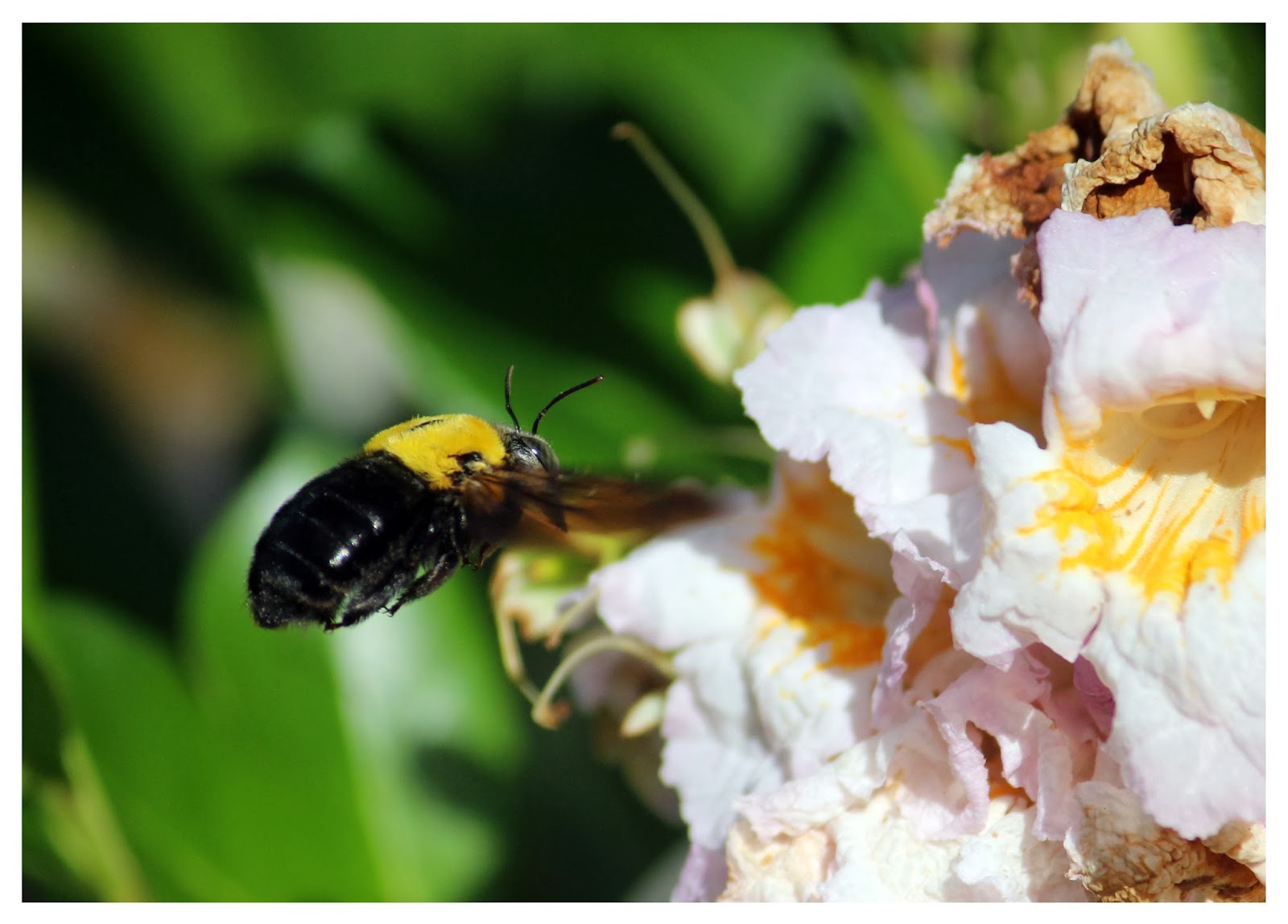 I spent quite some time this afternoon just watching bees, two of them.
There is no good explanation for this type of bee-haviour except to say these were some sort of bees on steroids. They were huge, the type of bees that until this point I assumed would only exist in a horror film when a nuclear accident had led to a swarm of killer mutant bees. But my good friend Dr Google set me straight. These were Great Carpenter Bees, the largest in the country and not only that they were female. This is a most impressive (but totally useless piece of information). Impressive because the female is far more attractive than the male which quite frankly is only fair but far too rare in the animal kingdom. The great beauty is so often wasted on males. It is also impressive because, let's face it, Australia is particularly blessed when it comes to large, scary and dangerous bugs and creepy crawlies but until this point I can't recall ever seeing or hearing about giant carpenter bees. Dr Google says they grow to about 24 mm which makes them the type of bee you would want on your basketball team, or as it happens in your buzz pollination team.  "Great Carpenter Bees are excellent buzz pollinators," Dr Google says. "They curl their bodies around the pollen capsules and vibrate their muscles to release trapped pollen."
Also, they are incredibly noisy when they go about their business.
So really, the behaviour of this bee seems just a little bit like what happens in my house. It's the female who's doing the bulk of the food gathering but just in case the males around the place may forget the fact I am quite determined to make a lot of noise about it. Also I am huge but normally well attired. And there's a sting in my tail. You might get honey. You might get stung. Life, I'm afraid, is like that. Bee good boys
Posted by Susan Hetherington at 10:48 PM