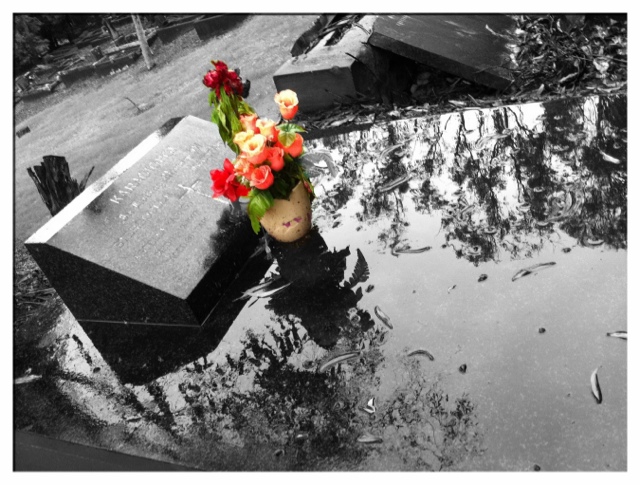 For an hour this morning a battle raged between Good Susan and Bad Susan. Good Susan thought she should embrace the day, spring out of bed and go for her walk. Bad Susan argued that it was tipping down outside and that any attempt to climb out from under the doona would be foolhardy in the extreme. Good Susan won. The delay in reaching an agreement meant it had to be a fairly short walk which had me walking through the Dutton Park Cemetery just after 6am. A soaked cemetery just after dawn is a sombre yet beautiful place to be. The reflections off the marble were incredible. Hopefully this image does it justice.

* Although the image speaks for itself I played with the ColorSplash app. For those not familiar, this allows you to convert a colour image to black and white leaving just one section in its original state for emphasis. I think it was particularly effective in this case
Posted by Susan Hetherington at 2:28 PM