I was so excited at the prospect of a weekend on the Gold Coast. All week it had been stinking hot and yesterday was 32 degrees. But when I woke in the Broadbeach unit ready for a delicious early morning walk along the beach it was raining. Later it was pouring. When it did break early in the afternoon Mr O and I headed to a rather lovely beachfront park. There were puddles aplenty to dodge and a wet bum on the equipment was a given but it was worth it. 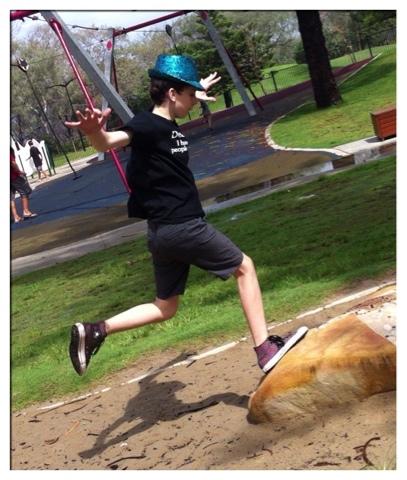 Posted by Susan Hetherington at 2:37 PM